The National Coordinator stated that the constant stigma was responsible for the trauma and depression some of the women face. 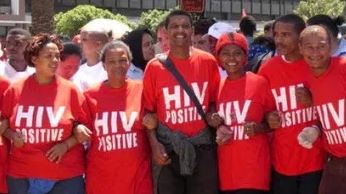 The Association of Women Living with HIV/AIDS in Nigeria (AWLWHAN) has lamented about the constant stigmatisation from members of the society.

The National Coordinator of the group, Mrs Helen Akpan, expressed the position in an interview with the News Agency of Nigeria (NAN) in Abuja on Thursday, adding that stigma was responsible for the trauma and depression some of the women face.

Akpan, who expressed dismay at the level of discrimination and stigma perpetrated against women living with HIV, appealed to governments at all levels to implement the anti-stigma law.

She explained that such attitude was a violation of the country’s anti-stigma law signed by former President Goodluck Jonathan.

She added that “I have advised our members or persons being discriminated or stigmatised to seek redress in court.

“Many of the people doing this are ignorant, but our security agents are not helping matters because they are so complacent about enforcement.”

The HIV/AIDS rights advocate who condemned in totality the role of some faith organisations in promoting stigma and discrimination, urged the victims to assert their legal rights.

“In the law court, one has the right to claim damages and other reparations,” she said.