Alleged Victim Of Nigerian Pastor, Timothy Omotoso Says She Was Kicked Out Of Mission House After She Refused To Continue Performing Sexual Acts On Him


According to the victim, Pastor Omotoso would instruct her to perform sexual acts on him and when she refused, she was kicked out. 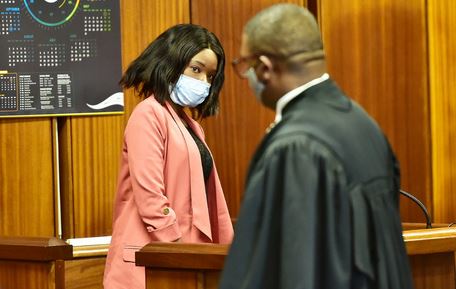 An alleged victim of Pastor Timothy Omotoso who was arrested for human trafficking has testified against him in court as she claims the clergyman allegedly sent her out of the mission house for refusing to massage his private part.

Omotoso, the senior pastor of the Jesus Dominion International Church‚ Durban, South Africa, was arrested on April 20, 2017 for rape and human trafficking. 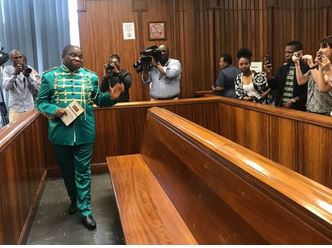 The pastor and his co-accused, Lusanda Sulani and Zukiswa Sitho, face 63 main and 34 alternative charges facing multiple charges related to contravention of the Sexual Offences Act. His alleged victims included girls as young as 13.

The new witness, Hlubikazi Faleni, was called to testify in the Omotoso trial at the Port Elizabeth high court on Thursday, February 4.

According to the 26-year-old Faleni, during the alleged appointments, Omotoso would instruct her to massage his feet or private parts and force her to perform sexual acts on him.

Faleni, the state’s sixth witness, told Port Elizabeth high court judge Irma Schoeman that she had no qualms with testifying in an open court as proceedings got under way.

She recalled how she joined the East London branch of the Jesus Dominion International Church in 2009.

"I joined the church as a singer, under Pastor Mphathisi Mdyesha. Tim was the main man in the church. I first saw Timothy in 2009 in Port Elizabeth. I'm here today because Timothy Omotoso molested me.," she told the court.

She told of how she met a woman called "Sindi" in 2011, before joining the musical group Grace Galaxy in 2013.

"After I sang, he called me to his office in the church. He said I have joined the group now and should go to the house in Umhlanga. He paid for a cab for me to get to the house."

She said she arrived at the house and found about 25 girls, some who looked like they were still in their teens.

"I was surprised to see these young girls wearing short clothing in the house of the man of God,"

Faleni said "Fezeka" – who has since allegedly fled – Sindi and Sulani welcomed her.

"They told me how to behave in the house, to stay clean all the time; that I can't go to Omotoso without bathing first."

Faleni – who was travelling between East London and Durban told the court Omotoso paid for her travel. She detailed an encounter that took place during one of her trips to Durban.

"One evening, I was told by Fezeka that accused one wanted to see me in his room. I went up to his room and when inside, he said I must lock the door."

He asked me, 'What would you like me to be to you?' I responded, 'I'd like you to mentor me, be a father figure to me because my father passed away a long time [ago]'.

She said he responded: "I'm not here to play a father figure role. What do you want me to be in your life?"

Faleni said she told him she would like him to be her musical mentor. He then allegedly told her:  "I don't like slow people. I can help you, you can be my girlfriend."

She said she told him again she would like him to be a mentor in life and music, to which he allegedly instructed her to "go and call Fezeka".

"I went down to find Fezeka. She asked me what happened. I told her and she told me, 'You need to be flexible, you need to listen to him (Omotoso)'"

"I went back inside the room. He told me to lock the door; I did."

Faleni said she then went around the bed to kneel down in front of him. She said Omotoso then told her to get onto the bed.

"I did as he said. I got on top of the towel. Then he told me to remove my panties."

Faleni said it was then that she noticed he was naked from the waist down. He then climbed on top of her.

"He put his private parts in between my thighs, started satisfying himself until he ejaculated."

She said he then told "me to wipe myself with the towel I was laying on top of, he told me to dress up and put the towel in a laundry basket that was in the room. Before going to put the towel in the bathroom, he said we should pray, he started the prayer – 'God have mercy on us'."