How Investment Company Duped My Family Of N6.7 Million, Made Others Lose Their Lives— Investor


The investor said the company, which runs its activities on investors' money, usually pays dividends to investors after trading with their money for a particular period. 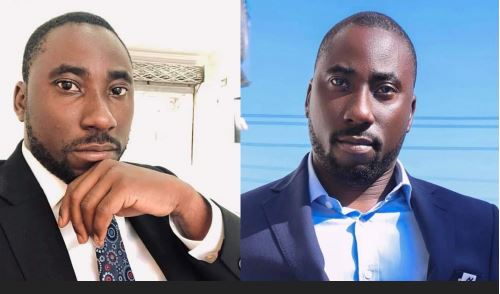 According to a report by SaharaReporters, a Nigerian man has told the story about how his family lost about N6.7 million to Themap Online Limited, a logistics and E-commerce company, owned and headed by one Anyanso Mma.

In a complaint sent to SaharaReporters on Saturday, the investor said the company, which runs its activities on investors' money, usually pays dividends to investors after trading with their money for a particular period.

He, however, said investors stopped receiving payments in October 2020 and that the MD/CEO, Mma, was arrested by the Economic and Financial Crimes Commission on November 20.

This, he claimed, has led to "loss of lives, properties, sanity, and jobs."

He alleged that Mma and his team have duped several people, including himself and members of his family, who lost millions of naira to the company.

He said, "I write to complain and as well ask for your kind assistance in recovering my funds alongside many others which were invested with Themap Online Limited based in Lagos.

"The company is headed and owned by Anyanso Mma. I am requesting that you help look into this company that has ceased payment of both the capital and return on investment since October 2020, to all its investors all over Nigeria. It is also worthy to note that this incident has resulted in the loss of lives, properties, sanity, and jobs.

"Themap online limited is a logistics and E-commerce company that runs on investors' money and returns the profit as and when due (weekly, monthly, and yearly), depending on individual agreement.

"Themap worked fine for some time before the company suddenly stopped payments in October while communication stopped in early November 2020, and we later unofficially found out that the MD/CEO was arrested by EFCC on the 20th of November.

"There are hundreds of people that were scammed by this man through his fake company. I've been on this since last October."

A visit to the Instagram handle of the company, themaphq, showed that the company had truly been out of operation for a while, and investors were encouraged to call its customer service line.

Other affected investors have also been calling out the company, asking relevant authorities to look into the matter and ensure that justice is done.

Instagram user, Ykmoney 7, wrote, "Stop fooling around, there is nothing to call your customer care number for than kickstart payment of refund and ROI, people are suffering and dying every day."

Doncent1 wrote, "Mr. Anyanso Mma, do you know how many people you have sent to their early grave out of depression all because of greed? You think you are smart and wise right?"

Alvin-wany007 said, "When will you start payment after disappearing for close to three months."

However, several efforts made by SaharaReporters to reach the MD/CEO, Mma, were abortive as calls and text messages sent to his lines were not replied to.