Many people have been left livid after a video surfaced showing a racist white woman spitting on a black caregiver. 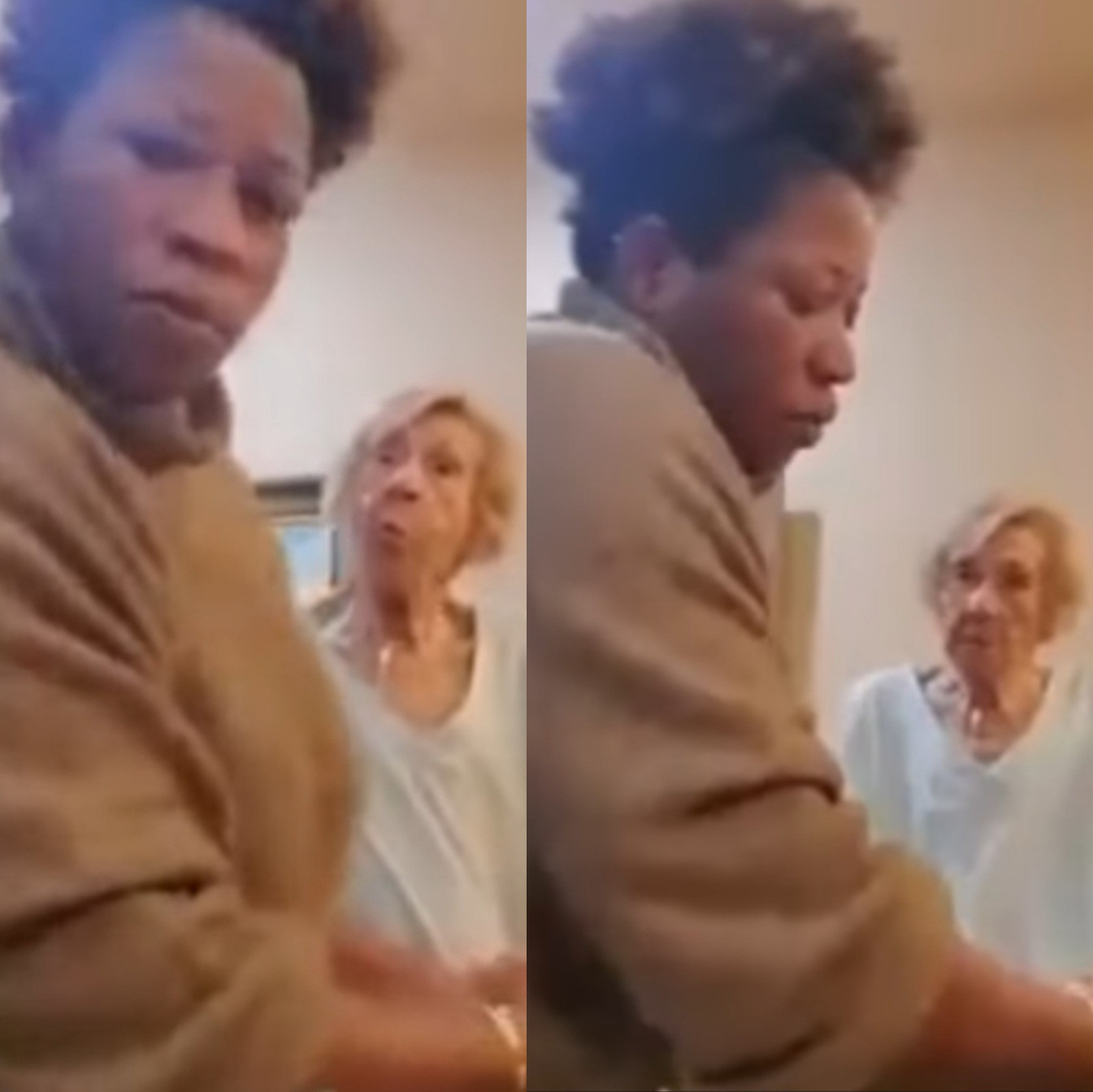 White woman spits are black caregiver
A racist white woman has been caught on tape racially abusing a black caregiver.
The woman could be seen spitting on her multiple times.
In the viral video, the caregiver is seen doing the dishes while the elderly woman stands beside her, chewing something, before spitting at her.
She doesn't stop there but goes on to make threats, asking if the caregiver "wants more". She then chews on what she has in her hand then spits at the caregiver again and again.
She spat at the woman three times in the video.
The video has angered viewers after it was shared online, with people saying the elderly woman knew what she was doing.
Watch the video below: