Members of the Peoples Democratic Party in Cross River have been hit with the tragic news of a senate aspirant. 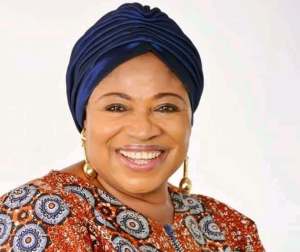 Mary Iji
The Peoples Democratic Party has lost a prominent member of the party in Cross River state.
Dr. Mary Iji, the Senate aspirant during the Cross River North by-election which held in December 2020 has just died.
Dr Iji who teaches in the Faculty of Education, University of Calabar died on Tuesday morning at the General Hospital Ogoja where she was rushed to for medical attention.
A close source, Abang Simon, told Vanguard that the deceased complained of mild headache and body weakness and was taken to hospital where she gave up the ghost.
“She came to Ogoja last week to bury the younger brother and has been hale and hearty until yesterday (Monday) evening when she complained of headache and body weakness and was taken to the General Hospital for attention but her situation got worse at night and she died”.
Dr Iji who is the wife of Professor Maurice Iji, Dean, Faculty of Political Science in the University of Calabar contested the PDP primary election for Cross River North by-election and came third.
Her body according to our source has been deposited in the General Hospital Ogoja mortuary.
Top Stories