A scammer who spent more than N39 million belonging to Manchester City's Riyad Mahrez has been arrested. 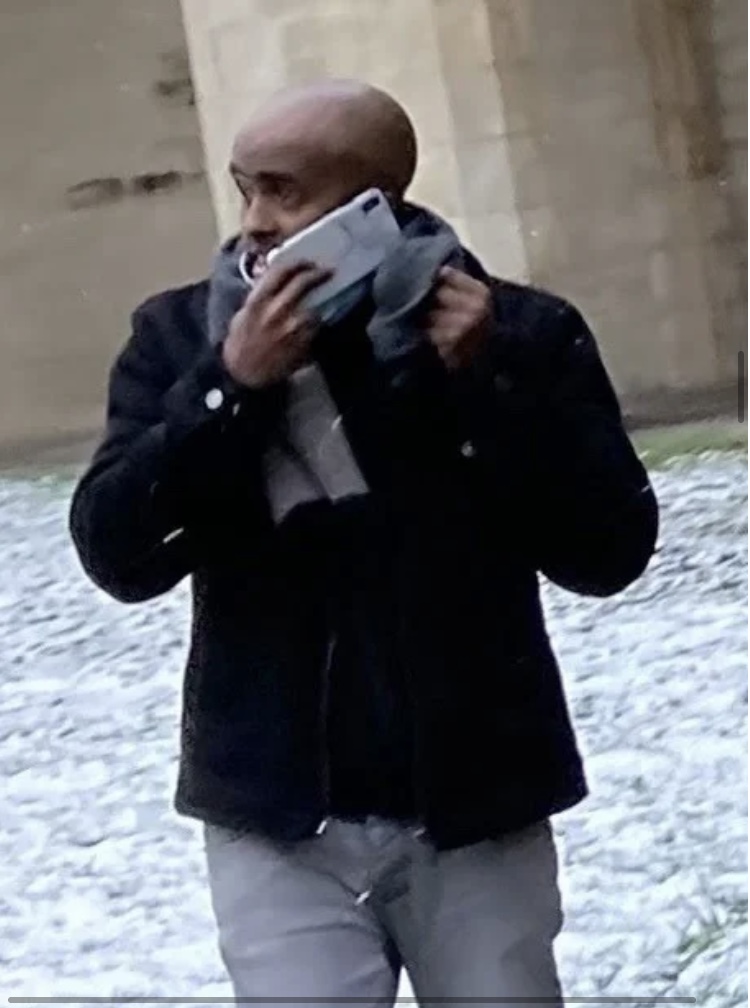 Mohamed
A fraudster who spent millions on expensive hotels, champagne and partying after getting hold of card belonging to Manchester City's Riyad Mahrez has been arrested.
According to Sun UK, the crooked forklift driver spent over £175,000 (N39 million) using Mahrez's bank card before he was caught.
Sharif Mohamed, 32, spent £20,000 of the winger’s money partying and on designer clothes in Ibiza.
Mahrez failed to realise for more than a month that a fraudster had blown the money.
The £200,000-a-week star took nearly five weeks to block the card Mohamed had got hold of to enjoy a taste of the high life
In that time, Mohamed burned through £20,000 partying in Ibiza.
He guzzled champagne at trendy beach bars and blew thousands buying designer clothes from boutiques on the holiday island.
In the UK, his spree also included a splurge in a casino — as well as more modest outings to Nando’s, KFC and Greggs.
But the spending — equivalent to less than one week’s pay for the Algeria international — went unnoticed for more than a month.
Commenting on the case, former Met Det Chief Insp Mick Neville said: “The most amazing thing is that someone can blow £175,000 on a bank card without the loser even realising.”
The fraud, totalling £175,830, took place in 2017 while Mahrez, 29, was playing for Leicester City.
A caller posing as the Etihad Stadium favourite phoned Barclays bank to order a new card in his name. Mohamed said that he was working on behalf of crooked bank staff who allowed him to use the card — but he produced no evidence to back up his claim.
He travelled from his home in East London to Leicester to withdraw cash from ATMs to avoid raising suspicion.
Prosecutor Alex Matthews said he admitted going on a trip to Ibiza where, apart from blowing thousands on champagne in bars, he visited designer boutiques.
In one, he paid £1,400 for a pair of Armani jeans. Ms Matthews added: “He spent £900 in one and £600 in the other — and that’s just one night in Ibiza.”
His spending on the trip included the flights, accommodation in the smart Shangri—La hotel and meals at the upmarket Edward John Lucas restaurant.
Mohamed denied suggestions he had made a second trip to Ibiza or that he had used the card during another break in the Spanish region of Murcia.
It was nearly five weeks before the card was stopped. Spending in the UK included a trip to Aspers Casino in the Westfield Stratford City shopping centre in London.
His barrister, Daniel Higgins, appealed for Mohamed, from East Ham, to be given a suspended sentence, saying he had made little from the fraud.
He said: “In terms of personal benefit he can’t exactly qualify. At least he had a very nice holiday and other benefits.
“One of the difficulties is that this was during a period of his life when he was drinking and taking drugs and his ability to recall in detail is rather limited.”
But after listening agog to the spending, Judge Laurie West-Knights, QC, was unconvinced.
He said: “I need to resolve whether he has come clean. If he is deceiving me at this stage, there is only one place he can go.”
Mohamed admitted one charge of fraud at Snaresbrook crown court. He was bailed ahead of sentencing on February 25. He previously received a suspended sentence for a hotel booking scam and was jailed for 45 months in 2009 for robbery.
But he now claims to be married and living “a modest life”.
Mr Neville was left puzzled by the case, saying: “Why on earth would an elite footballer be spending at fast food joints and Britain’s favourite steak bake supplier?
“Banks are normally very quick off the mark to spot unusual spending but if the sums were low then it probably wouldn’t flag up.”
Top Stories