A man and woman have been seen spotted fighting over pregnancy in public leaving many people in shock. 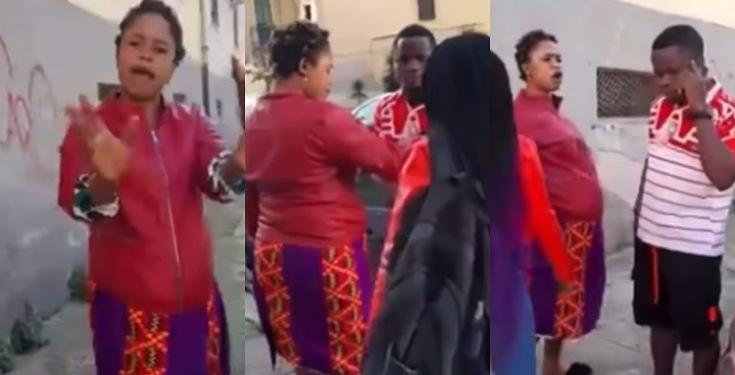 Woman disgraces man in public
A man who impregnated a woman and disappeared has been disgraced in public after the woman caught up with him.
The two were caught on tape in a heated verbal exchange.
While the 8-months pregnant lady insisted that the Nigerian man is the father of her unborn child, he denied being responsible for the pregnancy.
According to him, he went for a job in Malta 9 months ago and while he was away, he got reports that she was cheating on him.
A mutual friend who however took sides with the lady, maintained that the duo slept with each other and the pregnant lady was there for the man when he had nothing.
The pregnant lady who later held on to the man’s cloth, revealed that she asked for a DNA test but he refused.
The police were later called in over the incident.