The couple were found guilty of a four-count charge and sentenced to 10 years imprisonment on each of the four counts. 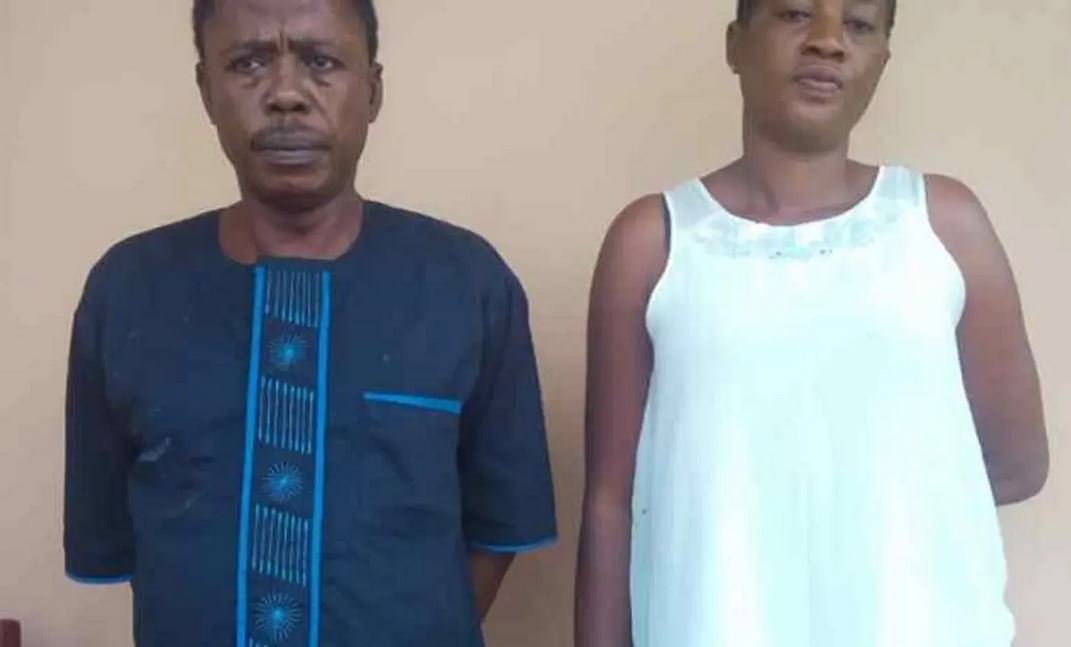 Justice Joyce Abdulmalik of the Federal High Court sitting in Ibadan, Oyo State, on Monday, February 15, 2021, found them guilty on all four counts of conspiracy and obtaining by false pretence brought against them by the Ibadan Zonal office of the Economic and Financial Crimes Commission.

The couple, in a classic advance fee fraud scheme, fleeced one Dunni Olateru Olagbegi N53, 713, 260 in cash and bank transfer through a spiritual cleansing gambit in order to avoid the calamitous consequence of mysterious sudden death having heard conversation by a syndicate about a Ghana- Must –Go bag stuffed with United States Dollar bills in the boot of a car. She was also tricked into bringing funds to cleanse supposed USD bliss.

The victim had sometimes in May 2013, boarded a taxi cab with three other passengers who, unknown to her, were members of a syndicate of fraudsters. As soon as she entered the vehicle, she heard the three other supposed passengers arguing about a Ghana-Must-Go bag filled with US Dollars in the boot of the car.

Moments later, one of the syndicate member told her that she must be cleansed to avert sudden and mysterious death having heard their discussion. She was taken to an unknown destination, where she subsequently started giving the defendants, and the other members of the syndicate (at large) various sums in cash and bank payment totalling N53, 713, 260 to buy instruments for the cleansing of United States Dollar notes, which she allegedly sourced from the sale of her properties in both Ibadan and Lagos.

In the course of the investigation, It was discovered that over N9 million was paid into the second defendant, Tinuola Idayat Oyegunle’s account domiciled in one of the third generation banks; apart from other funds traced to the first defendant, Ebiesuwa Abayomi Fredrick’s account.

It was also discovered that the first defendant built Victoria East Park Hotel & Suite located at Igbogbo, Ikorodu, Lagos State from the proceeds of the crime.

In his judgment today, Justice Abdulmalik found the couple guilty of the four-count charge and sentenced both of them to 10 years imprisonment on each of the four counts. However, while Ebiesuwa’s prison term takes effect from June 19, 2017, when he was arrested, Tinuola’s time in the Custodial Centre will start counting from May 26, 2017, when she was arrested.

The Judge also ordered that Victoria East Park Hotel & Suite, “be sold and the proceed, if not up to N53, 713, 260.00 (Fifty-Three Million, Seven Hundred and Thirteen Thousand, Two Hundred and Sixty Naira) be returned to the victim in the case and if it exceeds, the balance be paid into the Federal Government’s account.”

The sentences are to run concurrently.