A popular businessman in America has overtaken Elon Musk to reclaim his position as the richest man in the world. 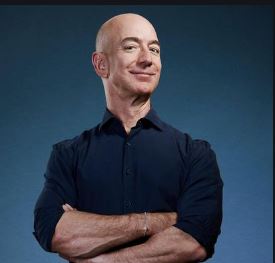 Jeff Bezos
Jeff Bezos has become the richest man in the world again.
The Amazon owner reclaimed the position from Elon Musk, Tesla CEO on Tuesday after Tesla shares fell 2.4%, forcing him to lose about $4.5 billion.
A statement by the Bloomberg Billionaires index ranking on Wednesday said Bezos is now worth $191 billion compared to Musk’s $190 billion.
According to the statement, Bezos’ net worth also fell by about $372 million but that was enough to take him to top spot, a position he has held for about three years.
Bill Gates remains at the third position with $137 billion of worth.
Top Stories