A Nigerian lady has celebrated after opening a big salon after starting out small. 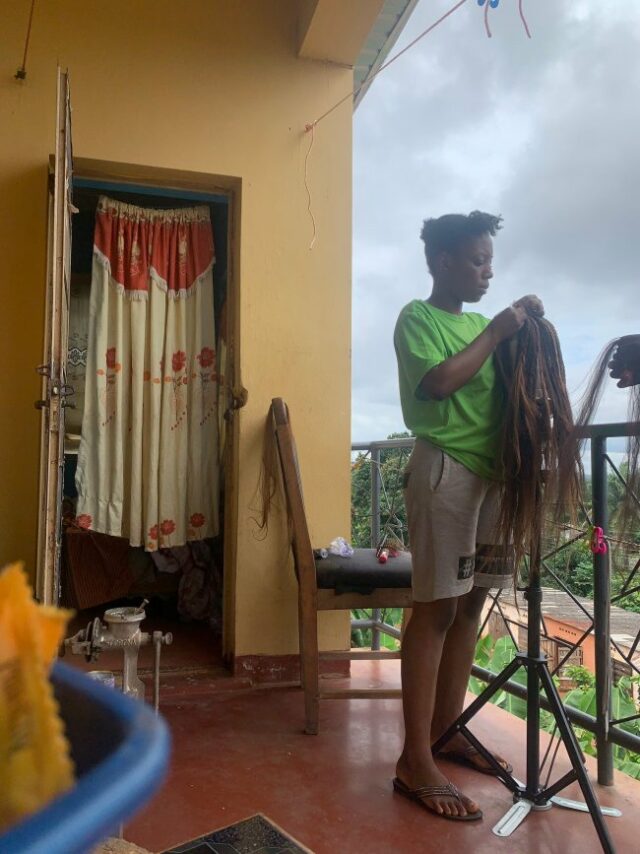 Chioma started selling wigs from her room and has now bought a salon
A woman who started her wig selling business from a tiny room has now relocated to a big salon.
Chioma Alexa took to Twitter to share her inspiriing story.
She also shared photos to show off her new hairdressing salon/wig store after starting small.
Chioma shared the massive upgrade she underwent within the space of few months. She used to operate her business and sell wigs out of her room, but has now opened her own wig studio.
The Enugu-based wigmaker warmed the hearts of social media users with the photos of her ‘How it started vs How its going’ which she shared on microblogging platform, Twitter. 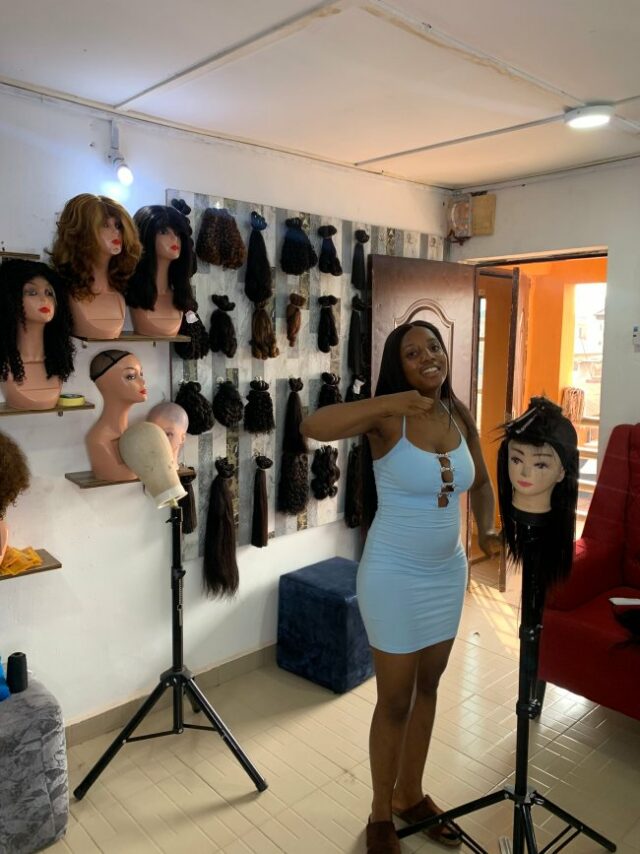 In a post she shared in November 2020, Chioma had vowed to share photos of herself in her own studio, by the grace of God.
Fortunately, her dream has become a reality as she is now the proud owner of her own wig studio.
See her post below:

Before the end of this year, I’m going to quote this picture with a picture of me in my studio! Inshallah ☺️🙏 https://t.co/MLQP8JaBbM

Well I told y’all that I’m going to quote this picture! Well I know I came late but it’s better late than never 😋
Check the quoted!!! https://t.co/oC7hDROXG4