Oh No! Construction Worker Falls From Eight Storey Building And Dies In Lagos


It was learnt that the incident happened at the Royal Palm Drive, Osborne Foreshore Estate Phase 2, Ikoyi, Lagos State. 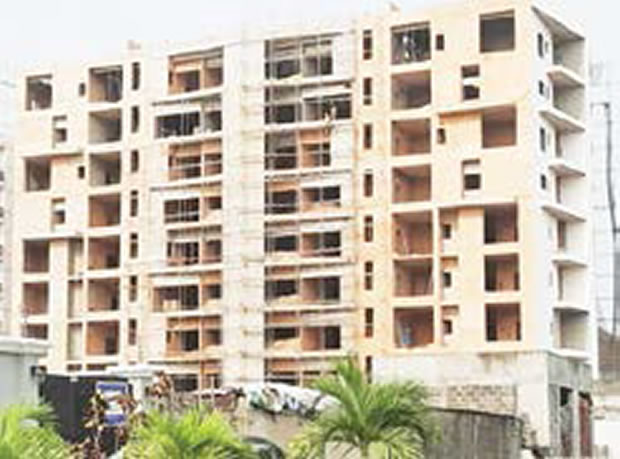 Steven Magilo, a construction worker, has died in Lagos state.

The man met untimely death after falling off the eighth floor of a building under construction and owned by Lekki Gardens, a property company in Lagos.

Our correspondent gathered that the 30-year-old was confirmed dead in a hospital in the community, as the matter was reported at the Dolphin Police Station.

However, the Chairperson of the estate, Chinwe Ezenwa-Mba, accused Lekki Gardens of negligence, saying it was not the first time such a tragedy would be occurring in their buildings.

She said, “Lekki Gardens is the owner of the property from which the young man fell and died. This is the third time in a space of months that workers will be falling off their buildings and plunging to their death. They have no regards for human lives.

“Reports to relevant authorities concerning their atrocities fall on deaf ears; immediately you mention Lekki Gardens, it’s like a no-go area to the authorities of Lagos State.”

Chinwe said the Lagos State Safety Commission initially sealed off the building after the estate reported Magilo’s death, adding that in less than a week, it was reopened.

The Estate Manager, Olushola Odukoya, faulted the decision of the state safety commission to reopen the building.

He said, “The company’s safety officers told me that the victim was doing overload by trying to get things from a crane when he fell off and died. But to us on the estate, we know that enough safety measures were not taken.

“In the last seven months, this is the third occurrence, which they acknowledged and wrote to us. But this last death, they didn’t want us to know, so they quickly removed the body because they knew we would not take it lightly with them.

“We always try to monitor their constructions to see that they are in accordance with the approval they got and the safety measures the estate wants in place. However, because of the peculiarity of Lekki Gardens, they feel they own the state and try to fence us off and do whatever they like, and that’s why we call on the authorities to come in and do the needful.”

A spokesman for Lekki Gardens, Emmanuel Essien, in response to an e-mail from PUNCH Metro, denied the allegations against the firm.

He noted that the deceased was not a member of staff of the company, but was engaged by one of its contractors.

Essien said, “This is a very unfortunate and sad incident. Although the deceased was not our staff member, we are very perturbed because he was reported to have been engaged by one of our contractors.

“The issue of death cannot be swept under the carpet, hence the incident was properly logged within the purview of the law with the Nigeria Police Force, while the safety agency was also notified.

“It is completely false that this will be the third death on the estate and it is untrue that the firm does not provide safety measures because as a company, we insist that our contractors submit their site/processes for regular assessments by the regulatory safety agencies and forward evidence of such audits obtained to us. Such certificates are available for sighting at our office.

“It is also false that we’re building more than the approved units of flats. We are building strictly within the confines of our building approval and its specifications.”

Efforts to reach the Lagos State Safety Commission were abortive.

The telephone number of the Director-General of the agency, Lanre Mojola, did not go through, while that of the Public Relations Officer of the agency, Adewunmi Okoh, was switched off.

Text messages sent to the telephone numbers were not responded to as of press time.