The governor said the government was doing everything through interfacing with the federal, local government and the state authorities to rescue the victims. 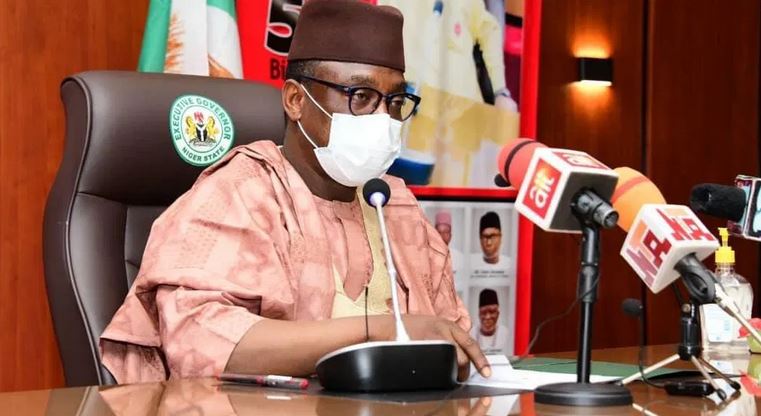 The Niger State government has confirmed that arrangements and consultations are ongoing between the government of Niger State and some bandits for the purpose of releasing the abducted 27 students, three staff and family members of Government Science College, Kagara.

Gov Abubakar Sani-Bello of Niger State said the state government was at the final stage of negotiation for the release of the victims in a state live broadcast in Minna on Friday.

The News Agency of Nigeria (NAN) recalls that 27 students, three staff and family members of Government Science College Kagara, Rafi Local Government Area of the state, were abducted by gunmen on Wednesday.

The governor said the government was doing everything through interfacing with the federal, local government and the state authorities to rescue the victims.

“At the moment, there is no additional information apart from the one we have at hand. Our priority is to make sure we bring back the students safely, things are speculated or rumoured, but we cannot work with these at situations like this,” he said.

The governor noted that the state was using kinetic and non-kinetic measures to bring back the children to safety and assured parents and families of the victims to be hopeful as everything possible was being done.

He disclosed that an Islamic scholar, Ahmed Gumi, had offered to assist the government voluntarily and had both agreed that a comprehensive memo was sent to the government on his findings.

He urged traditional leaders to support government efforts by giving useful intelligence on criminals hiding in their communities and suspected movements in their domains.

On the dilapidated state of Government Science College, Kagara, the governor said the school was already listed in the whole school approach of the state government.

Mr Gumi also said in an interview with journalists that there was a positive outcome from his interaction with the bandits as they were in various factions.

He said the grievances of the bandits were simple as they complained of being persecuted, arrested and lynched and urged the federal government to grant them blanket amnesty.

The Niger State Government has appealed to bandits across the state to lay down their arms and embrace dialogue and reconciliation for peace and security to prevail.

Also, in a statement issued by Tanko Lawal, information officer to the Secretary to the Government of Niger state, Ahmed Matane, in Minna on Friday, said the state government told the bandits to surrender arms.

Mr Matane made the appeal in Dutsen Magahi, Mariga Local Government Area of the state, while addressing some group of people suspected to be bandits and their commanders.

Mr Matane, who was accompanied by Mr Gumi, Kaduna-based Islamic scholar, called on other elements such as kidnappers and cattle rustlers to join in the peace dialogue process to put an end to the security challenges that have bedevilled the state.

He enjoined leaders of the bandits to support the government to secure the release of the abducted passengers of the state transport authority vehicle and students of Government Science College, Kagara, adding that the unfortunate incidents in recent days called for sober reflection.

He stressed the need for religious leaders and other stakeholders to embark on how to get the bandits, kidnappers and cattle rustlers to key into the peace initiatives of the government.

He reminded the bandits that Islam is against taking the lives of innocent people and appealed to them to embrace peace by laying down their arms.

Mr Gumi said he would continue to discuss with the state government to explore whatever assistance and support the government would give to them with a view to achieving the set objectives.

Some leaders of the bandits, in their separate remarks, lauded the state government for the peace process, adding that it would go a long way in restoring peace across the state.

They appealed to the state government to assist in the release of their members arrested by security agencies and detained across the state for the peace process to thrive.

The highlight of the event was the distribution of Islamic books to the bandits by Mr Gumi so as to teach them the doctrine of Islam.