The popular comedian is trending for wearing a shirt in remembrance of the LekkiMassacre to the award show. 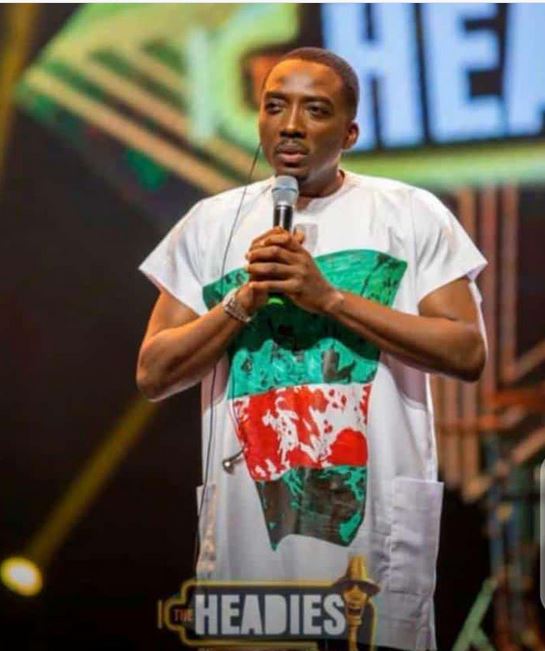 Bovi, one of the host for the Headies awards wore a shirt to honour Nigerians who lost their lives at the Lekki Tollgate.

The popular comedian is trending on Twitter for wearing a shirt in remembrance of #LekkiMassacre to Headies award show.

Nigerians applauded Bovi for his strong message and courage to wear the shirt in remembrance of #EndSARS protesters who were shot at the Lekk Toll Gate on October 20, 2020 by men of the Nigerian military.

Speaking on stage, Bovi said; “sometimes massages don’t have to be spoken but can be seen” in reference to his outfit.

Can Bovi be given the best outfit of the night already!!!!!!#14thHeadies pic.twitter.com/Ib8ogb09jj

BOVI making a huge statement at #14thHeadies with his shirt in reference to the #EndSARS victims of the toll gate on the 20th of October!

Jimoh Isiaq and 100 other young Nigerians who lost their souls during the #EndSARS protest say a big Thank you to Bovi#14thHeadies pic.twitter.com/bsjvtzlchj