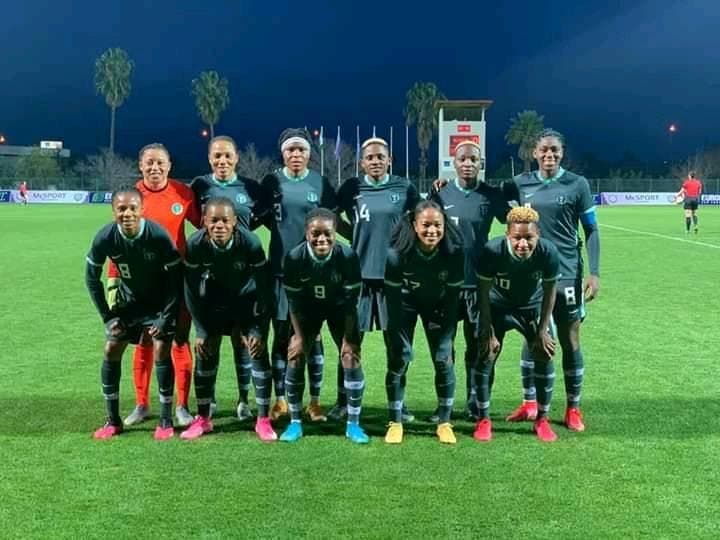 Super Falcons
The Super Falcons have made the country proud by thrashing Equatorial Guinea to win Turkish Women’s Cup invitational tournament.
The tournament ended today with the Super Falcons emerging victorious.
Oshoala led the charge with four goals, while Glory Ogbonna, Uchenna Kanu, Charity Adule, Payne Oyedupe, Monday Gift all grabbed a goal each.
Nigeria opened scoring in the 8th minute and quickly followed with an Asisat Oshoala penalty earned by Toni Payne in the 11th minute. Oshoala completed her four-goal haul in the 85th minute to cap an outstanding performance that left coach Randy Waldrum elated.
Super Falcons finished the tournament with a record of scoring eleven goals and conceding none, even as Asisat Oshoala emerged top scorer with her four goals.
Other teams in the round-robin tournament were Uzbekistan and CSKA Moscow female team.
Watch highlights below: