Members of the dreaded Boko Haram terrorists have attacked a community in Maiduguri forcing residents to flee. 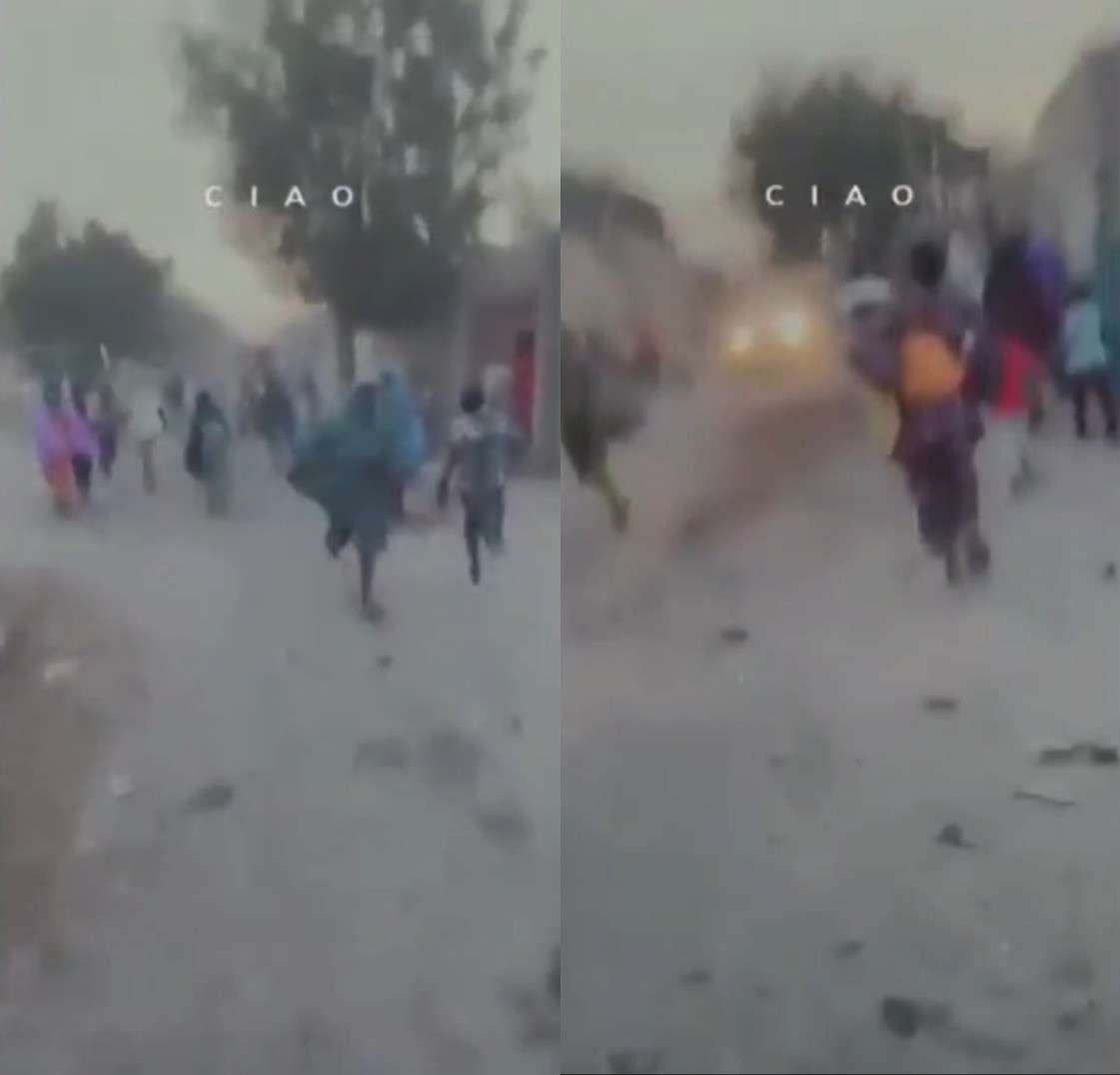 Residents run from Boko Haram attack
The shocking moment Nigerians living in Maiduguri ran for their lives after being attacked by Boko Haram terrorists has been captured on camera.
The attack occurred in Maiduguri, Borno state, on Tuesday, Feb 23.
The sect members stormed the Kaleria, area close to the University of Maiduguri, firing multiple rockets and killing dozens of persons.
Many persons are said to have sustained serious injuries from the attack.
Footage from the attack shows residents screaming and running to safety while trying to dodge the fire from the explosives.
Watch video below: