Nigerian musician, Banky W has opened up on why he chose to name his son, Hazaiah and Olusegun. 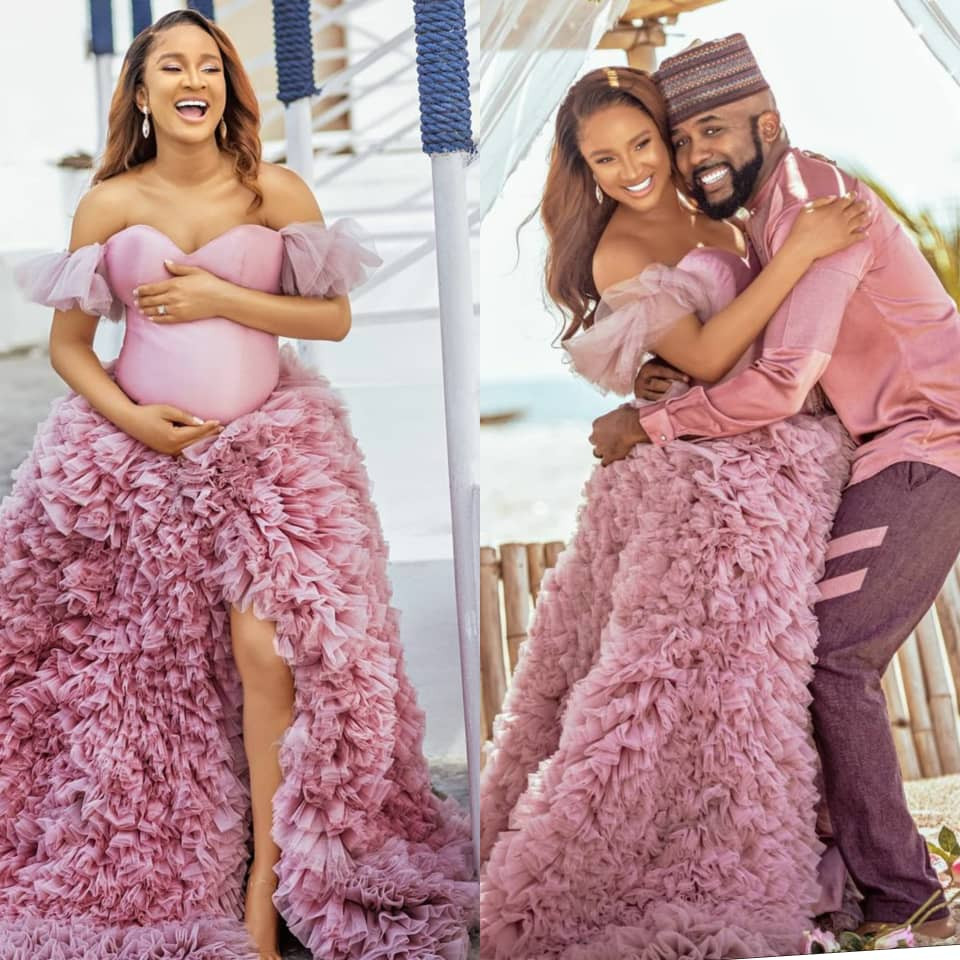 Banky W and his wife, Adesua Etomi
Singer Banky W has talked about his newborn son.
The singer in a recent Instagram post on Tuesday, revealed why he named his son Hazaiah and Olusegun.
He said his son is as beautiful as his mum Adesua Etomi.
“Please read in full: His name is Hazaiah Olusegun “Champ” Wellington (we call him Zaiah, pronounced Zah-Yah, or Champ) Hazaiah means God sees/God has seen in Hebrew. Olusegun means God has given victory in Yoruba.
“It captures our testimony regarding the journey towards his arrival; Zaiah is truly an answer to our prayers. God had the Final Say. And I don’t know what you’re praying or hoping for… but I do know that God is still in the business of answering prayers, and if you can trust Him, and place your faith in the Giver, not in your preferred timing of His gift, nothing is impossible,” he wrote.
He also said he will be releasing a song ‘Final Say’ and the video on Friday.
“The “Final Say” song & video premieres on Friday Feb 26th. The song was written by myself and @maytronomy, and produced by @cobhamsasuquo.
“The video was directed by @theoladayo and it stars my sunshine, @adesuaetomi, looking FIIIINE AS WINE while 6 months pregnant with Zaiah…who was born in January and turned out to be just as beautiful as his Momma is,” he wrote.
Banky W and Adesua announced the birth of their son on Instagram on Monday, which happened to be the latter’s 33rd birthday.
The couple who have been married for three years added their son in January.
Adesua wrote, “4 weeks ago I received the best birthday gift ever. Our Son. 1+1=3.”
“Nothing I can say or do can top what He gave us. My baby had a baby and he’s everything we prayed for @adesuaetomi Happy birthday ‘Mama Zaiah’ I love you SCATTER,” Banky W wrote.
They had their white wedding in Cape Town, South Africa.
Banky W and Adesua had in 2016 gotten married in The Wedding Party movie.
Watch video: