A man has stabbed another man to death during a fight after being accused of sleeping with a married woman. 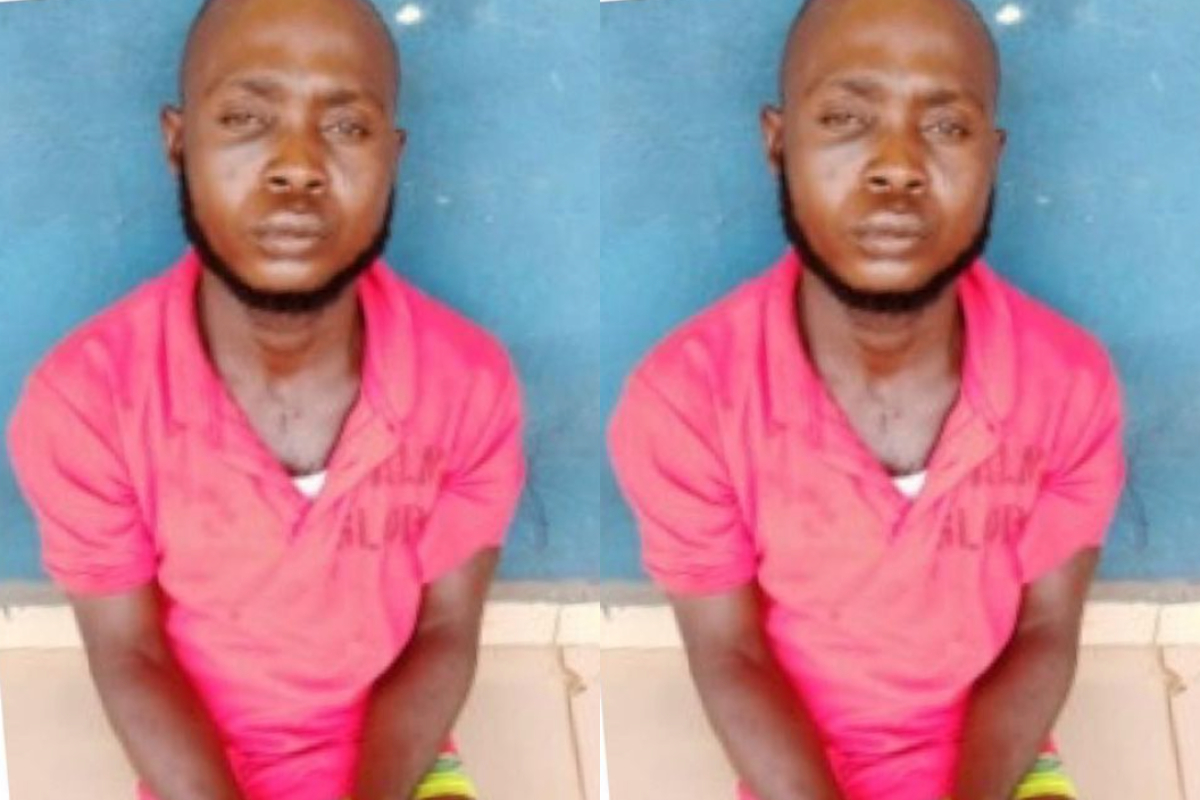 Man who killed another for accusing him of sleeping with a married woman
A man accused of sleeping with a married woman has killed the man who exposed him.
The man identified as Emeka Ezuruike has now been arrested by men of the Imo State Police Command.
Ezuruike, from Ubommiri in Rivers State allegedly killed 25-year-old Victor Ikegwuonu, who accused him of sleeping with a married woman.
The command’s Spokesperson, Orlando Ikeokwu, in a statement on Wednesday, February 24, said preliminary investigation revealed that the deceased was said to have informed a 52-year-old man, Pa Chijioke Anyiam, that his wife Patience Anyiam, 30, was involved in a hot romance with the suspect.
It was gathered that Emeka went to see Victor to ask him about the allegation.
During the enquiry, both of them got into a serious fight and in the process Emeka stabbed Victor with pieces of broken bottles which led to his death.
Top Stories