Why I Cried At My Daughter’s Nikkah - Pasuma Reveals


It has been revealed that some suspects who shot dead four police officers at a checkpoint have been arrested. 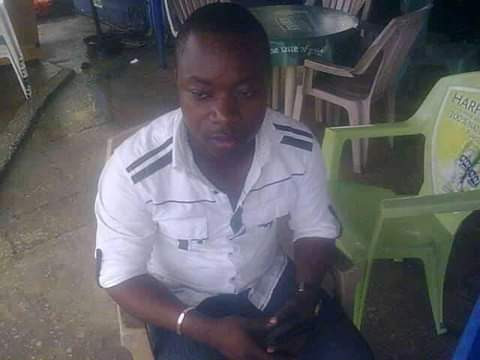 Okoi killed by the kidnappers
Five suspects alleged to have killed four police officers in Calabar have been arrested.
According to the Cross River State Police Command gunmen killed the officers in the early hours of Thursday along with MCC-Idundu road, Etab Ayip axis, Calabar Municipality Local Government.
The State Commissioner of Police, Sikiru Akande, who confirmed the incident to journalists in his office, said that the four policemen on mufti were killed and that five persons have been arrested already in connection with the tragic killing.
"Their target is to dampen our spirit. But we are resolute and we are going to strike back at them. It is often said, he who laughs last laughs best; Let Cross River People wait for that last laugh. It will make us happier.” he stated.
“We have arrested five persons who are connected with the development. We will still arrest more. We had an inkling that it is a group of suspected cultists that are working hard to get weapons for their initiation that is coming up very soon. So, in four days maximum, we will get all of those involve in this dastardly act,”
Speaking further, Akande that the Police has recovered some of the weapons that were taken at the spot. He also revealed that the checkpoint that was attacked was not known to the State Police command headquarters.
“If it was known to us we would have found a way of giving them cover. That checkpoint is not this Command’s arrangement. If you were there you will see that they were in mufti. By God’s Grace, we will get all our guns back. It is only the lives we will not get back. For the names of the officers, we have to inform the family first before making the names public. I want to assure you that our spirit is not dampened. In fact, we are going to continue to work very hard after the incident,” Akande assured.
Meanwhile, the deceased police officers have been identified. They are Inspector Samuel John with AP. NO 412921, Inspector Abam Otu with AP. NO 179441, Sergeant Abang Ajie with F/NO 477144 and Sergeant Godspower Okoi with F/NO 479139. 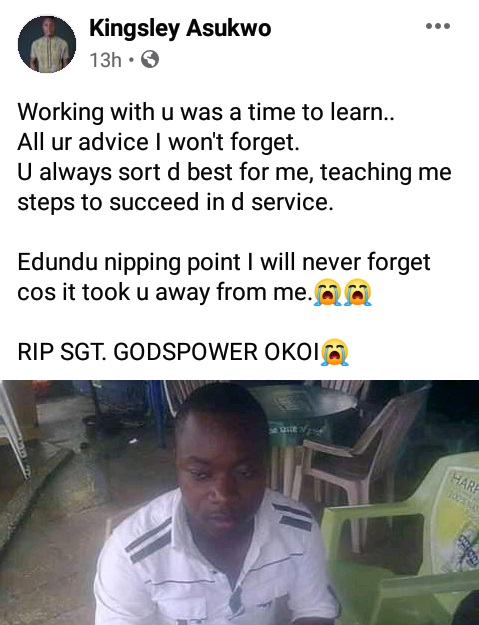