A fight over seized properties in Imo state between Rochas Okorocha and the government has resulted in the shooting of his son-in-law. 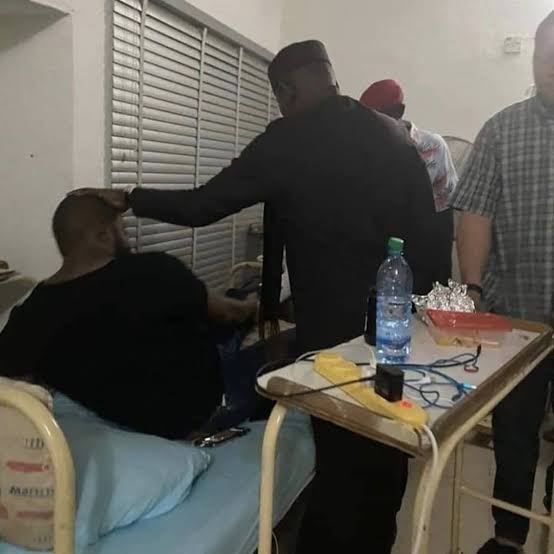 Uzor shot during brawl  in Owerri
A son-in-law of Senator Rochas Okorocha shot during fight over properties between the politician and the state government will be flown abroad for treatement.
Uzor Anwuka was shot when the former governor’s loyalists clashed with government officials.
Anwuka, an American-trained medical doctor, who was shot on the left leg during the clash, has undergone three surgeries.
Okorocha, who is also the Senator representing Imo West, has been having a running battle with Governor Hope Uzodinma over one of his wife’s properties, the Royal Spring Palm Hotel, which was seized by the government.
Speaking when the former governor visited him at a hospital at Apo, Abuja, on Sunday, Uzor said he had undergone surgeries without any improvement.
He explained that he was surprised that he could be attacked because he was never involved in the brawl.
According to him, “On the day of the incident, my father-in-law called me that he was in Owerri to see his seized property and I drove down their to see him.
“On getting there, I saw a crowd of thugs led by one of the governor’s cousins. They had guns, cutlasses and other dangerous weapons, they started harassing everyone including my father-in-law (Okorocha).
“Later, they were asked to round us up and they started shooting, I made an attempt to climb the fence but I was hit by bullet and I fell into the bush and I was there for several hours before I was rescued and brought to the hospital.
“I have been in this hospital for six days and my leg has been operated three times but it is not getting better. So, I will be going out to get a better treatment.”
Describing the attack as sad, Okorocha said it was an assassination attempt on his life, saying his major concern is to save the life of his son-in-law.
The lawmaker said he wondered why those who carried out the attacks have not been arrested.
“No arrest has been made it was the people with me who were macheted that were still arrested. For now, to save the life of my son-in-law is more important to me now than any arrest.
“The authorities should know what to do. It was a beating galore against my people but I ordered that nobody should shoot,” he added. 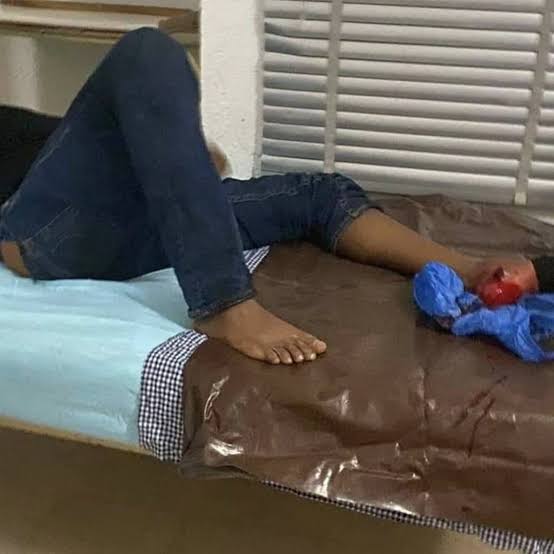