The unavailability of petrol at stations has led to the return of queues in different parts of the country. 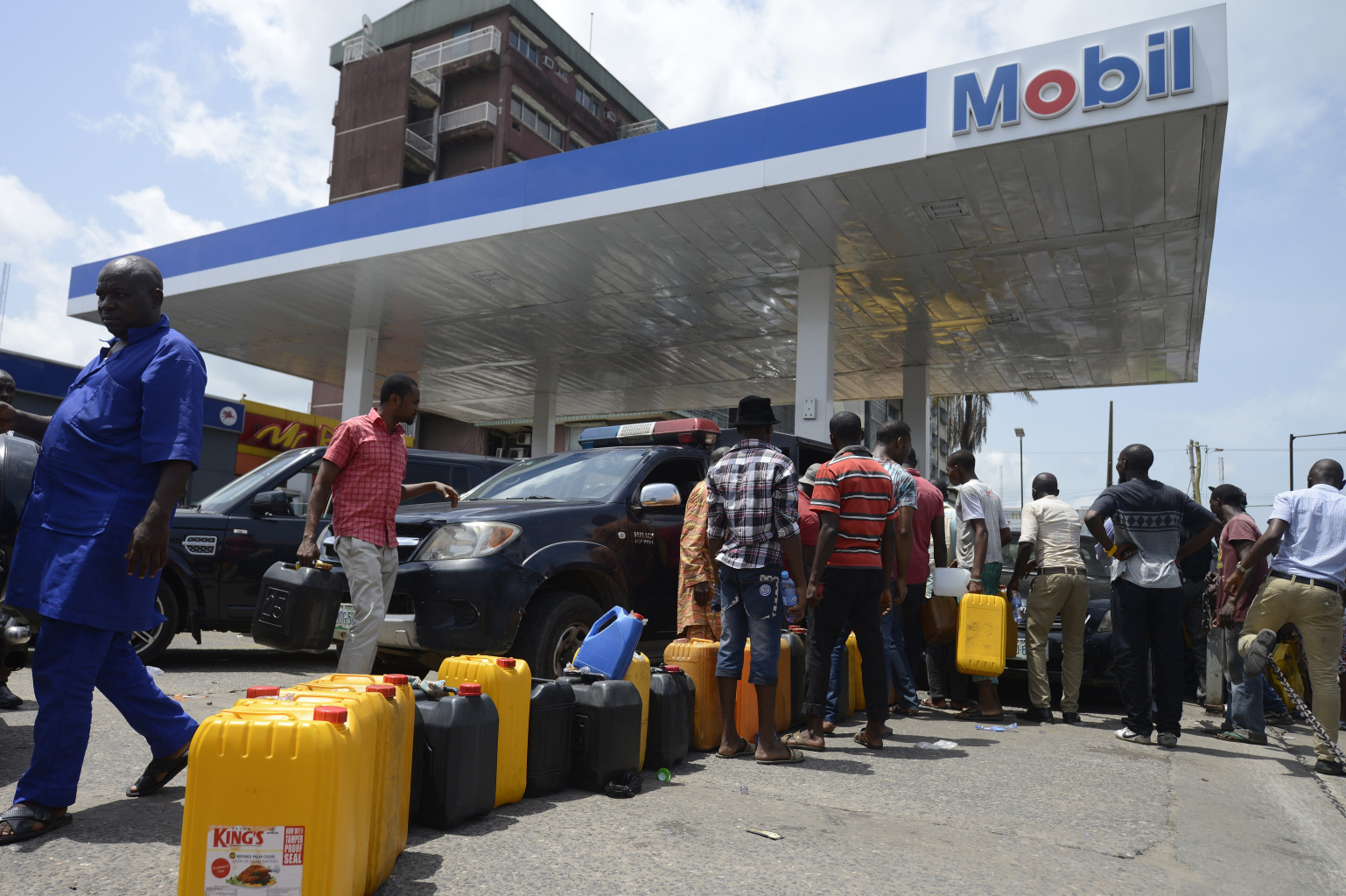 Queues return
Fuel queues have returned in some parts of Nigeria.
According to Punch, motorists besieged the few outlets that were open for business in Abuja, Nasarawa, Niger and Borno states, while some others that had dispensed petrol the previous day were locked on Sunday.
Two weeks ago, queues of motorists were seen in many locations after oil marketers raised concerns about petrol pricing by depot owners and how this affected petroleum products supply.
The queues resurfaced on Saturday and Sunday, as only few filling stations were dispensing petrol while others were shut.
Some attendants at some of the shut outlets told one of our correspondents that they were not selling petrol because the cost of the product would be increased from March.
Nipco and Gegu filling stations, along the Kubwa-Zuba Expressway, Abuja, had long queues of motorists on Sunday, while IBWAS filling station on the same road that had earlier dispensed products was shut.
Similarly, Major Oil filling station, along Airport Road, Abuja, which had steadily dispensed products up till Saturday, did not sell petrol on Sunday.
Shema Oil, close to Next Cash ‘N’ Carry in Abuja; NNPC outlet in Zuba, Niger State, and few other filling stations in Nyanya/Mararaba in Nasarawa State had queues.
“We have not been advised of any increase in petrol price. Many filling stations are not selling petrol perhaps because they have run out of stock or they are hoarding the product in anticipation of price increase,” the National Operation Controller, Independent Petroleum Marketers Association of Nigeria, Mr Mike Osatuyi, said.
Osatuyi, who spoke with one of our correspondents, said he observed queues in some stations in Lagos on Sunday.
“The outcome of the meeting between the President and the governors is not yet known. There will certainly be an increase in petrol price but we don’t know when this will happen,” he added.
In Maiduguri, the capital of Borno State, motorists and other users of petrol were hit by scarcity of petrol on Sunday as fuel stations were shut down.
Fuel stations located along major highways, including Kano Jos road, Shehu Laminu way and Baga road, were not dispensing petrol, while motorists queued for hours at the filling stations that were selling the product.
Many commuters were stranded at bus stops in Maiduguri as motorists struggled at filling stations to get petrol.
“They said there is no fuel but they sell to black marketers; they have refused to sell to us. I have been here since 6:45am because my experience yesterday (Saturday) was horrible as I couldn’t get fuel. I’ve been here for over four hours and I have not got the product,” a tricycle operator, Abubakar Shettima, told one of our correspondents.
When contacted, the Chairman, IPMAN, Borno, Mohammed Ngala, denied that independent marketers were hoarding petrol, adding that Borno had been experiencing a shortage in recent days.
“Right now, we sell petrol at N165-N170 per litre. But the product is not enough to serve the populace. We don’t hoard fuel,” he said.
The Coalition of Nigerian Civil Society Organisations for Petroleum and Energy Security called on the Federal Government to fully deregulate the downstream oil sector to address the concerns about petroleum products’ pricing.
The Convener of the CSOs coalition, Timothy Ademola, said they had decided to interface with the Federal Government and agencies in the oil sector on the need for deregulation.
He said, “Let the forces of demand and supply be allowed to play out in the pricing of petroleum products. This is when we can say we have full deregulation.
“We are ready to partner government, the Nigerian National Petroleum Corporation, the Department of Petroleum Resources and other agencies to make this work.”
The Managing Director, Realink Oil Nigeria Limited/National Public Relations Officer, IPMAN, Chief Ukadike Chinedu, had said in an interview with one of our correspondents last week that depot owners were hoarding products due to the concern of a possible hike in petrol price.
He said petrol price would definitely rise, going by the increase in global crude oil prices.
Top Stories