The duo upon arraignment pleaded guilty to the charge, prompting the prosecution counsel to pray the court to convict and sentence the defendants accordingly. 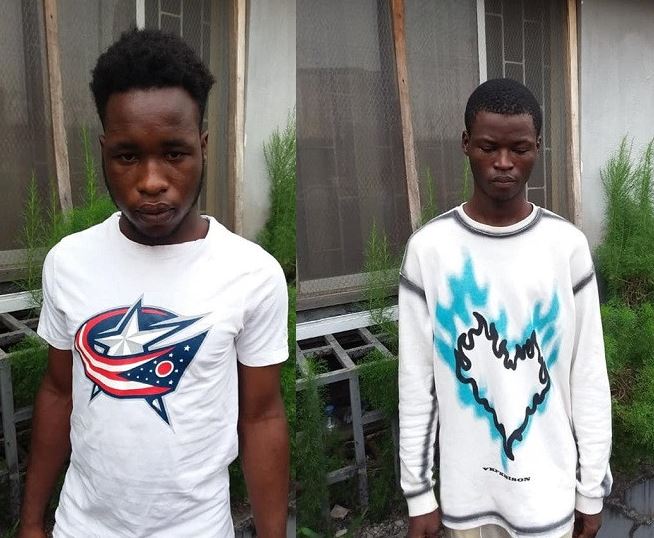 Two yahoo boys have been sentenced to two years in jail without an option of a fine by Justice Emeka Nwite of the Federal High Court sitting in Warri, Delta State on Monday, March 1.

The duo were prosecuted by the Benin Zonal Office of the Economic and Financial Crimes Commission, EFCC, on a separate two-count charge bordering on impersonation and obtaining by false pretenses.

One of the counts against Edebiri reads: "That you Osas Edebiri (alias Stephen Michael ) on or between the month of December 2019 , within the jurisdiction of this Honourable Court did had in your possession documents containing false pretence to wit; Fraudulent/scammed mails found in your Galaxy J2 phone with IMEI number 352502/08/236782/1 and 352503/08/236782/9, with serial number RVIH70YM14P in your email [email protected] with several subject titles which you knew to be false and thereby committed an offence contrary to Section 6 of the Advance Fee Fraud and Other Fraud Related Offences Act, 2006 and punishable under Section 1(3)of the same Act."

The duo upon arraignment pleaded ‘guilty’ to the charge, prompting the prosecution counsel, F. Dibang to pray the court to convict and sentence the defendants accordingly.

However, counsel to the defendants, P. Nwamma pleaded with the Court to temper justice with mercy as the defendants were first-time offenders who have become remorseful.

Justice Nwite convicted and sentenced the defendants to two years imprisonment each, beginning from March 1, 2021, without an option of fine.