The producer fired back at a troll who felt she was shading people after her Instagram post. 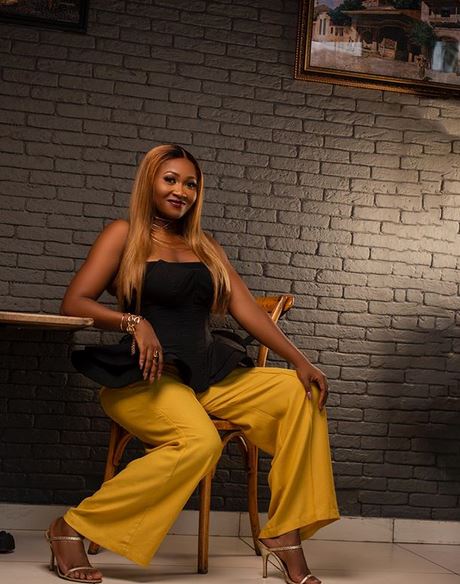 Nollywood actress, Mary Remmy Njoku has replied a fan who told her to stop shading people following the recent drama about her husband saying 4.6 million Naira school fees is cheap.

In her initial post defending her husband following accusations he pays his employees peanuts while saying school fees of four million naira is cheap, Mary said employees can't offer service of 10K and expect to be paid more that 10,000 Naira.

This worsened the criticisms so Mary responded in another post, denying paying staff peanuts.

Though her husband, iROKO TV boss Jason Njoku, was the one accused of underpaying staff, Mary, the Director General of ROK Studios, responded saying none of her staff at ROK earns 90k or less.

"Life no fit balance. Choose your position with your full chest and wallow in it." 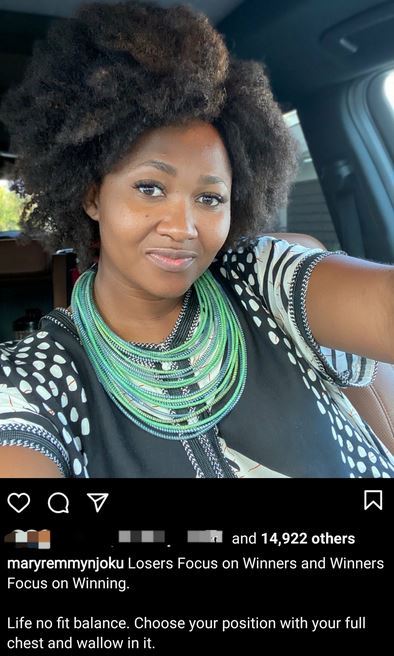 A follower replied, telling her to stop shading people.

Mary hit back, telling her that she can do what she wants with her IG account and that she has the time today.

She added: "I wouldn't have gotten this far in life without a sufficient dose of madness." 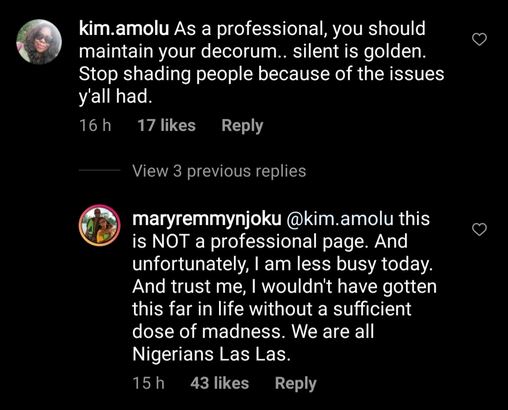