A widow has been brutally killed by some thugs who invaded her home in Benue state. 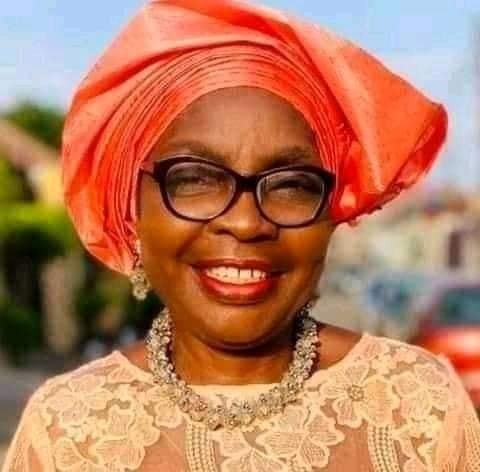 Aondozungwe
A sad incident has resulted in the tragic death of a widow identified as Mrs Aondozungwe in Benue state.
According to activist, Ukan Kurugh, she was reportedly burnt alive in her home by suspected thugs in Mbagen community, Buruku Local Government Area of Benue State.
Kurugh, who confirmed the incident on Monday March 8, alleged the deceased, a nurse with Buruku LGA, was said to have been killed few days ago by thugs loyal to a powerful retired army general.
He called on the Benue State Government and State Commissioner of Police to fish out the perpetrators.
Read Ukan Kurugh's report below;
THE PEOPLE OF MBAGEN IN BURUKU LOCAL GOVERNMENT AREA OF BENUE STATE ARE LIVING IN FEAR
The death of Mrs Aondozungwe is one that might not see or get justice at the end if the Governor Dr. Samuel Ortom does not wade into it because too many powerful actors have been mentioned including a Retired Military Officer who has been terrorising the village with his boys, DPO of Buruku LG, DSS, The Traditional Rulers and the immediate past Commissioner of Police Benue Command.
A family member has told me that, petitions were written by the late woman while alive but each time she goes to find out further about it, she would rather be detained because of the connect the retired military man has with the DPO of Buruku and the then commissioner of police.
The woman was shot and burnt alive in her humble abode by boys suspected to be loyal to the retired general and all these are because of business interest in the village that done by her late husband's siblings and the said widow was not even interested in it save for her late husband's step brothers who were locked up, beaten and abandoned at the state CID.
She went there to seek for their bail and that was the beginning of her issue with the retired general who sought to know who the hell she was and vowed to deal with her for bailing people he locked up.
I am using this opportunity to call on my Governor, to please use his good office to call this said man to order because the village has been deserted for fear of more lives that might be lost as this issue lingers on without solution. I WILL WRITE AGAIN IN TWO DAYS. 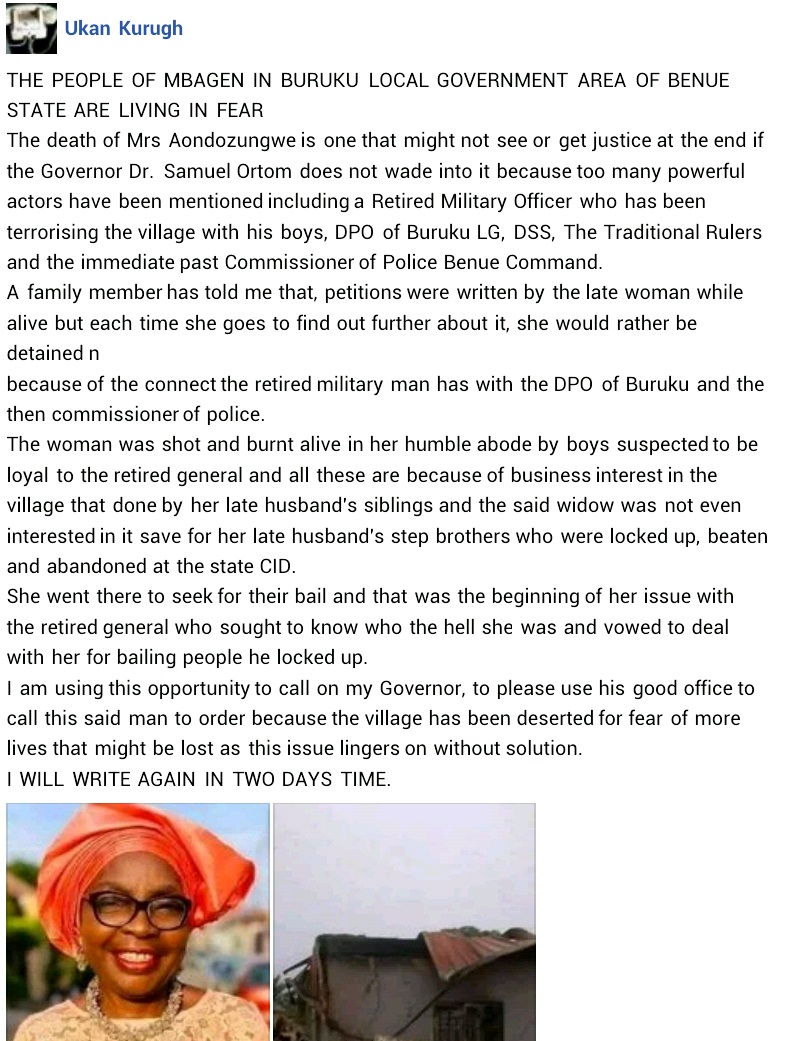