Popular cryptocurrency, Bitcoin has surged past the $54,000 mark leaving many investors smiling to the bank. 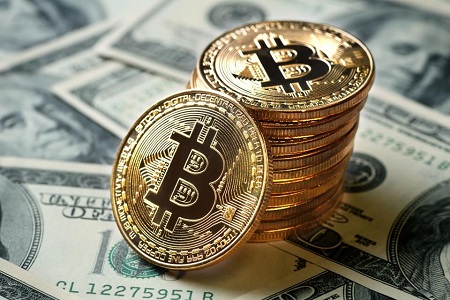 Bitcoin
Bitcoin has continued to break records after passing $54,000 on Monday.
The flagship crypto was all fired up at the second trading session of the week amid other assets like global equities hobbling to cheer progress on the passage of the long-awaited U.S Stimulus deal.
Bitcoin is currently changing hands just about $54,195.56 at press time, representing a 7% surge on the day.
According to Nairametrics, crypto pundits opined that the surge of a combination of endorsements from prominent personalities including Paul Tudor Jones, Larry Fink, Elon Musk, and several investment banks have increased the buying spree among medium-sized institutional firms and retail traders trying to have a grasp on the world’s most popular crypto asset.
The market liquidity is tightening at the flagship Crypto market, as there are less than 4 million BTCs in circulation available for upcoming investors including the likes of Grayscale, Paypal and Microstrategy.
MicroStrategy Inc.’s Michael Saylor purchased more Bitcoin to raise the enterprise-software company’s holdings to more than $4 billion.
An elite investment bank has laid credence to the Bitcoin fever presently catching investors’ urge on other crypto assets, like Cardano, Polkadot, Ethereum.
The global head of digital assets for Goldman’s global markets division said on a recent Goldman podcast program that his team has seen a “huge volume of institutional demand across [a] broad spectrum of different industry types,” for Crypto during bitcoin’s current bull run.
That being said, the Asians seem to have increased their stake in Bitcoin, as recent data suggest prices usually go north during the Asian trading sessions, in the past few days.
Top Stories