A man has opened up that he's not embarrassed washing plates at home because his wife earns three times his salary. 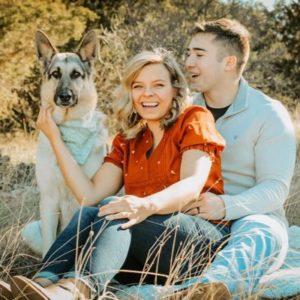 Seth and wife
A man whose wife earns three times his salary has revealed that he's happy washing plates at home.
The man identified as Seth made this known on Twitter.
He said he's happy to take up more house chores like washing plates and doesn't feel embarrassed because his wife earns more than him.
This has actually become a controversial issue on Twitter as other women have disclosed their own domestic situation at home.
According to him, his wife earns three times his salary monthly, and instead of feeling embarrassed, he helps out with the domestic chores.
He also revealed that when he met her she was successful, and he won’t be the kind of husband to dim her shine and stop her from being successful in her career.
Read his post:
“My wife makes 3x more than I do a month. Do you think I’m embarrassed? Do you think I’m hurt not being the breadwinner? Not one bit. I do the dishes like the good little husband I am.
Me belittling myself at the end is literally the joke 🙄 she works, I work. I’m on extended leave because of Covid and can’t get to work so I might as well clean 🤣 y’all be easy tho
I obviously love and support her 🙄 she was successful before I met her ain’t no way I’m gonna dim her shine”
Here’ his tweet: 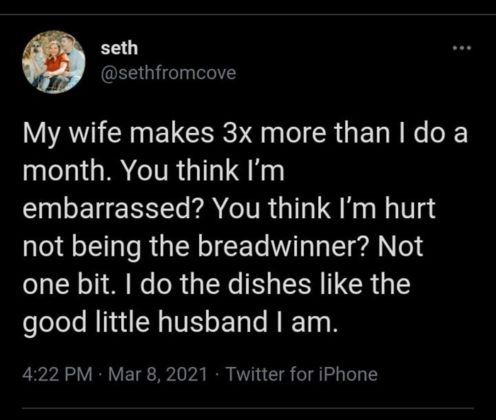 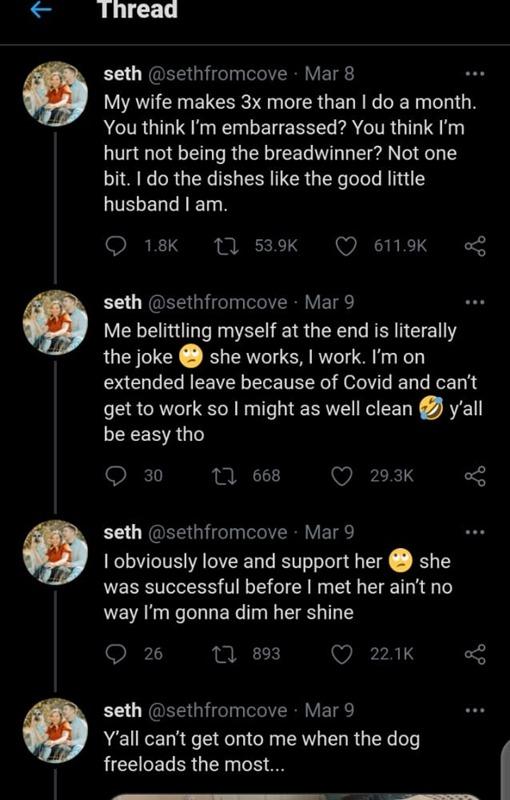