Nigerians, civil society organizations and others have criticized the FIRS for budgeting billions for refreshment. 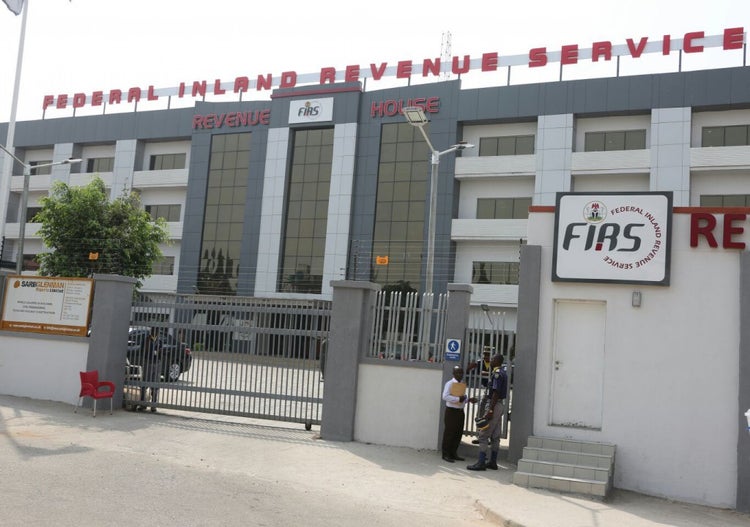 FIRS
The Federal Inland Revenue Service (FIRS) has been lambasted by several civil society organisations over N1.4 Billion budgetted for meals and refreshments in the 2021 fiscal year.
The groups, including Transparency International and the Human Rights Writers Association of Nigeria, accused the tax-collecting agency of insensitivity and misplacement of priority.
According to the Citizen NG, Executive Director, CISLAC and Head, Transparency International in Nigeria, Auwal Musa (Rafsanjani), expressed shock that such a huge amount could be set aside for such frivolities with the situation of the nation's economy.
He said, “While the nation struggles hard to finance its budget, a significant proportion of the budget slips through mismanagement and reckless spending that intrinsically dominates public sector activities.
“It is more worrisome that the reckless spending has been normalised with a resultant underfunded critical sector that is vital to efficiently revamp the sinking economic development.
“Given this background, the decision of Federal Inland Revenue Service to spend N1.4 billion on meals and refreshment in 2021 is another irresponsible financial decision by a revenue institution preying on weak budgetary process and scrutiny, poor financial management system and inadequate legislative oversight activities associated with the public sector.
“It is more worrisome that despite the under-funded critical sector with increasing cost of governance, FIRS has not devised appropriate tax justice system to ensure social justice and equity in the utilisation of remittances to ensure citizens benefit maximally, but requesting a whopping sum to be lavished on irrelevant activities.
“We must be wary of reckless financial decisions that manifest in institutionalised mismanagement and revenue deficiency. This must be thoroughly checked by relevant authorities as common Nigerians are currently suffering from questionable mismanagement of public treasury and high cost of governance by successive administrations."
He added: “While efficient governance is about ensuring that each amount of public funds is spent judiciously in a way that social welfare of all the citizens is maximised, the current high cost of governance that permeates Nigeria’s public sector impedes socio-economic development and shows negative impact on macro-economic stability, job creation and other socio-economic activities that drive growth and development.”
Also speaking, the Executive Director of the Human Rights Writers Association, Emmanuel Onwubiko, described the situation as depressing and utterly unreasonable.
He called for an investigation into the activities of the agency which he described as a cesspool of massive corruption.
Onwubiko said, “At a time of massive unemployment, mass poverty and high crime rates caused by lack of capacity on the part of the security forces and particularly the Nigeria Police Force that has collapsed due to poor funding, corruption and indiscipline, it is shocking that an agency of the Federal Government can set aside the sum of N1.4 billion for them to feed and make merry all year round.
“The Federal Inland Revenue Service has always been a cesspool of filth and massive corruption going by the antecedents of that agency with the immediate past head of that agency and many directors facing criminal prosecution for stealing several billions of naira from the public treasury, so this revelation of a budget of N1.4 billion for meals is a continuation of the heritage of corruption in the agency. This is shameful and must never be permitted.
“There is the need for a clean sweep in that agency because it is clear that corruption is deeply rooted and needs surgical action to eradicate this social menace.”
The convener, Coalition in Defence of Nigerian Democracy and Constitution, Ariyo-Dare Atoye, equally condemned the proposal.
He said, “This act of cruelty against the Nigerian people must not be allowed to be swept under the carpet. We cannot allow a few persons in our apex revenue-generating agency to get away with this attempt to defraud the nation.
“They must be told in no uncertain terms that they cannot take Nigerians for granted. The staff of this agency are very well paid to do their jobs; it does not make sense for them to swindle the nation using budgetary subheads. We will petition the EFCC and the ICPC to probe the leadership.”
Top Stories