The suspects who were paraded at the police headquarters are reportedly members of Black Axe and Aye confraternity. 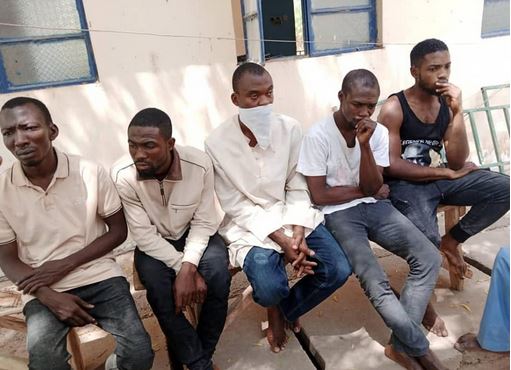 Four students of the Federal University Dutsin-Ma (FUDMA) who were suspended after they fought over a girl have been paraded by operatives of the Katsina State Police Command over their involvement in cultism.

We reported that the students who are confirmed members of notorious cult groups, were suspended by the Vice-chancellor of the university, Professor Armaya’u Hamisu Bichi following a “Security Report”

"On the 4/03/2021 at about 0600hrs, the command busted members of two notorious cult groups terrorizing Federal university Dutsin-ma. The 2 cult groups known as BLACK AXE and AYE CULT engaged themselves in an open confrontation leading to a fight over girlfriend," SP Isah stated.