The senator said it was important to consult the elder statesman with the aim of advancing the nation. 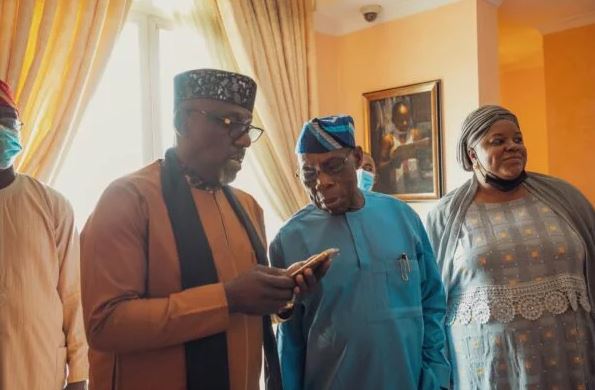 Rochas Okorocha, the former governor of Imo state and Senator representing Imo West Senatorial District, on Monday met with a former president, Olusegun Obasanjo in Ogun State to discuss his ambition ahead of the 2023 Presidential election.

The former Imo State Governor, made this known last night via a tweet on his official Twitter page.

Okorocha said it was important to consult the elder statement with the aim of advancing the nation.

“I Paid a courtesy visit to Fmr. president Olusegun Obasanjo today at the Obasanjo Library Abeokuta, Ogun State. We must consult our elder statesmen from time to time to move the nation forward”, he tweeted.

Okorocha, on Thursday last week said he will succeed President Muhammadu Buhari in 2023.

He made the declaration when a group of youths under the umbrella of ‘Forward with Anayo Rochas Okorocha (FOWARO 2023)’ visited him in Abuja, the nation’s capital.

While speaking with the group, Okorocha said he had been in the presidential race for over 20 years ago, adding that he had contested three times but failed at the primary level.

He expressed optimism that 2023 would be different, saying he is going to win.