The convicted man who was 16 at the time, dumped the lifeless body of the victim at an abandoned fish pond close to his residence. 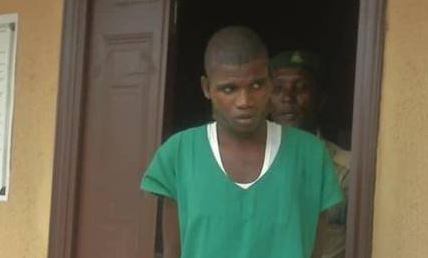 A 21-year-old man identified as Timiondu Jephtath, who raped a 5 year minor to death has been convicted and sentenced to 10 years in jail by a Bayelsa State High Court sitting in Sagbama, Yenagoa.

The accused raped the girl to death at Akede community in Sagbama Local Government Area of the state in 2016.

It was gathered that Jephtath, who was 16 at the time, dumped her lifeless body in an abandoned fish pond close to his residence.

A lawyer and Gender Advocate, Deme Pamosoo, who acted as the counsel to the victim’s parents ensured that the victim’s body was recovered, an autopsy conducted by the Police and a watertight case file, presented to the State Ministry of Justice for the Director of Public Prosecution recommendation for trial.

The Presiding Judge, Justice E.G Omukoro in his ruling in the suit numbered SHC/4C/2016 with a one-count charge of murder brought against the accused by the State Ministry of Justice, declared that the charge becomes manslaughter due to the inability of the prosecution to prove the intent to commit murder.

In his ruling, after considering the defendant’s plea of allocutus, Justice Omukoro declared that the court is mindful of the youthful age of the defendant who could be redeemed and make amends by way of atonement for his action.

He, therefore ordered that the defendant be detained at the Okaka Correctional Centre in Yenagoa or elsewhere as the Governor may determine, for a period of 10 years at the pleasure of the State.

Reacting to the sentencing, the Acting Chairperson of the International Federation of Women Lawyers (FIDA), Mrs Ebimietei Ekeowei Ottah, described the ruling as a victory to the victims of rape, defilement and violence against women in the state.

"It is a sound warning to the general public that it is no longer business as usual in Bayelsa state. Once you are brought before the law, the law will take its course and catch up with you," she stated.

"It has been a worrisome practice in Bayelsa State and more worrisome are the issue of negotiation with culprits by parents of victims of defilement or rape. It can no longer be tolerated or swept under the carpet as settlement. We call on parents, teachers, neighbours and guardians to be vigilant and speak out against cases of rape, defilement and violence against women in the state." she added.