A woman has been reportedly burnt alive after being accused by a mob of being a kidnapper. 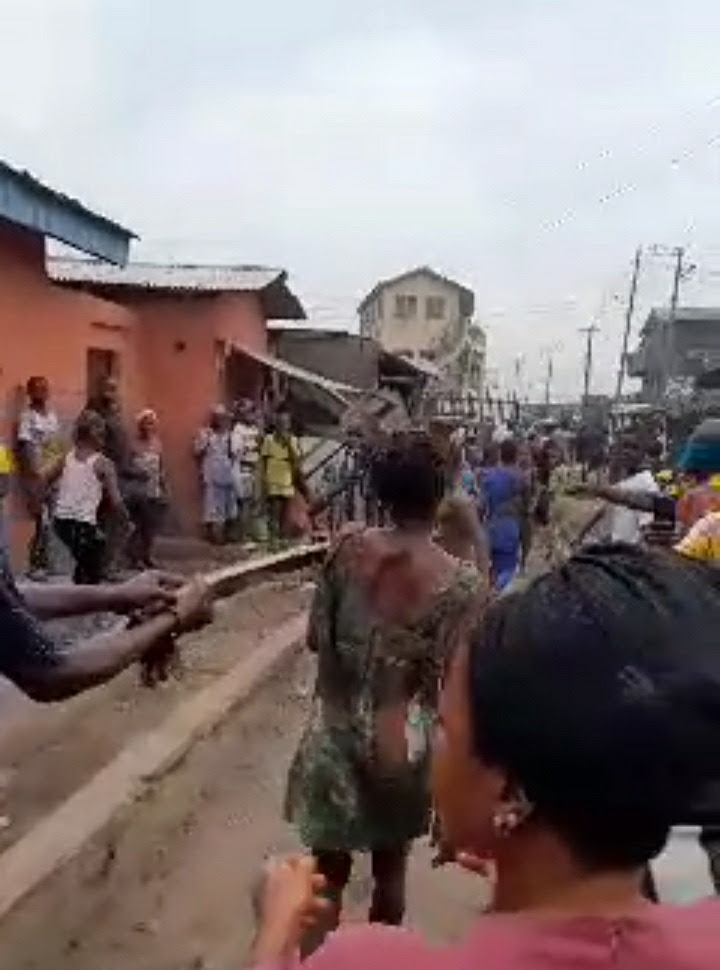 The female kidnapper
A suspected female child kidnapper has been burnt to death in Lagos state.
The sad story was shared by a Nairaland user.
He wrote:
"This happened in Ijora Badia in the early hours of today, one of the ghetto areas in Lagos State in the early hours of today, a woman who should be around her 40s was caught by the community in society as she was planning her ways to kidnap children in the community.
The woman has always been, disguising to be a madwoman begging for things from people, and according to people in the society, it was said that the woman has always been begging around for things from people and it's not her first time.
Just last week, there were reports of more than 2 children missing in the area and have not been found, even women who are aggrieved and angry about the way these kidnappers have been frequently operating in the society throw stones hit her with anything they can get their hands on. 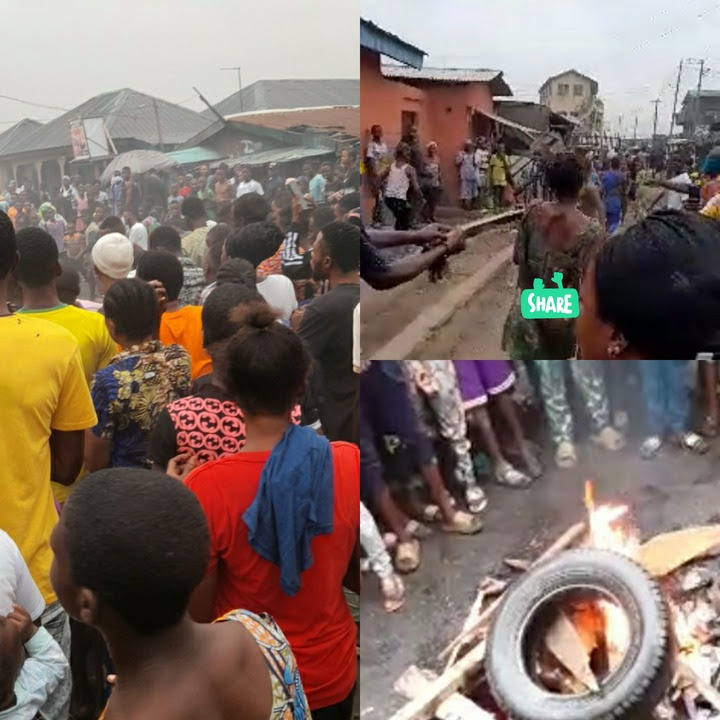 Today, this lady was caught trying to give Agbalumo fruit to young children when she was caught as she tried luring the children.
Immediately, she was caught, Angry mob starts to batter her, beat and hit her with all sort of things like stones, heavy sticks, and the hood guys used Cutlass and bottles to hit the woman.
The lady was then dragged away by an angry mob who tied her with ropes and dragged her away onto a bridge where they reportedly burnt her to ashes."
Watch video below:
Top Stories