A young and promising radio presenter with Unique FM in Osun state has died in a fatal road crash. 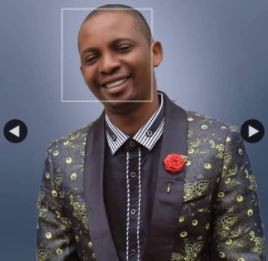 Alakinde
Sunday Alakinde of Unique FM Ilesa in Osun state is dead.
The popular radio presenter died in a fatal road crash.
The news of his death was confirmed by the Osun State Government, who described the death of popular radio presenter of Unique FM Ilesa, Sunday Alakinde, as shocking and unbelievable.
He died along Ilesa-Ife road, Osun State.
The Commissioner for Information and Civic Orientation, Funke Egbemode, in a condolence message to the management and staff of the private radio station, Egbemode viewed Alakinde’s sudden demise as too colossal, a loss to the entire Osun Media family and Nigeria in general.
The Commissioner particularly recalled Alakinde’s journalistic erudition, sagacity and brilliant presentations coupled with good command of Yoruba language while on “Ojutole Ojutoko” a daily Yoruba newspaper programme on Unique F.M Ilesa.
“On behalf of the governor of Osun State, Gboyega Oyetola, the government and entire good people of Osun State, please accept my heartfelt condolences”.
“May God grant the management and staff of your station and in particular The Alakinde family the fortitude to bear the great loss” Concludes Egbemode. 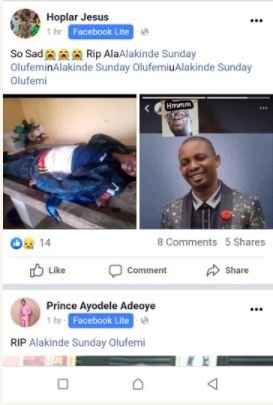