A white woman has turned heads after she was spotted hanging on the back of a moving bus in Lagos. 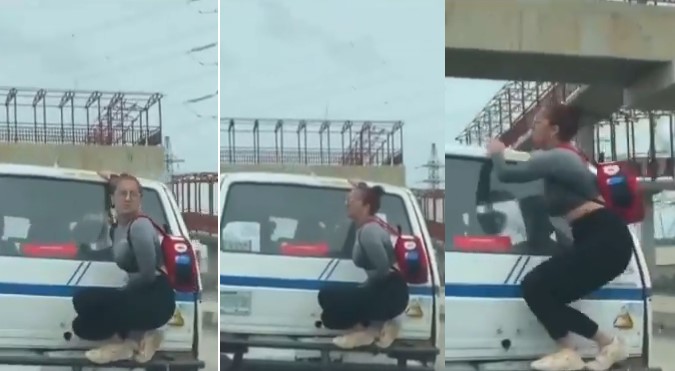 White lady hanging on the back of a bus
A white woman didn't give a damn as she caught a lift by hanging on the back of a moving bus in Lagos.
It has been revealed that the white woman, Fari Ferrari risked her life by clutching to the back of an almost dilapidated commercial vehicle and was captured on camera.
According to her, she wanted breeze to 'blow' her head.
The video shot by a curious commuter showed the white woman smiling to the camera.
It is believed she might have tried the act in a bid to explore.
Watch video below: