A man who couldn't hide his tears after being dumped by his girlfriend has begged for a second chance. 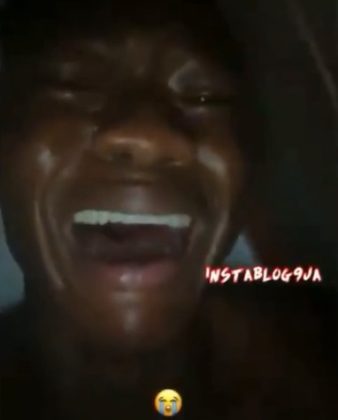 Man cries after being dumped by girlfriend
A heartbroken Nigerian man has been caught on tape pleading with his girlfriend to give him last chance after getting dumped.
In the video making rounds on social media, a young man can be seen crying his soul out just to be taken back by his dearest love who broke up with him for reasons unknown.
This is in fact a rare view as men are believed to be strong, not just physically but emotionally. The young man in question is proof that men can get hurt, feel and even cry like a baby.
Watch the video below:
Top Stories