Ajiva Lubem, a filmmaker, who got married recently, said after leaving the drug rehab, he found out he still had lots of addictions. 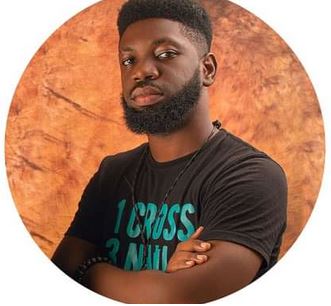 He stated that he got healed after he started building a relationship with God.

According to Lubem, one shouldn't expect a habit of over 10 years to go in just two days.

He further advised people not to focus on the bad habits they are dealing with but focus on thier relationship with God.

" But the most important thing was that i was born again. God healed me, over time. At some point, it dawned on me that most of these habits had been with me for a little over 10 years at the time and so they won't just go in 2 days lol. I had to not beat myself up too much when I fell or made mistakes."

" I picked myself up and moved on. But I kept filling myself with the word of God and kept my relationship with God. The best illustration I can give of this is pouring clean water into a cup of dirty water."

"With time, the cup is filled with clean water and the dirty water gone. DO NOT FOCUS ON LEAVING ANY BAD HABIT YOU ARE DEALING WITH. Focus on your relationship with God because what you focus on amplifies." 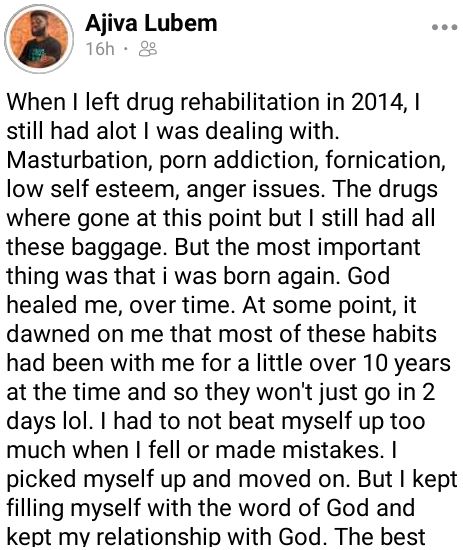 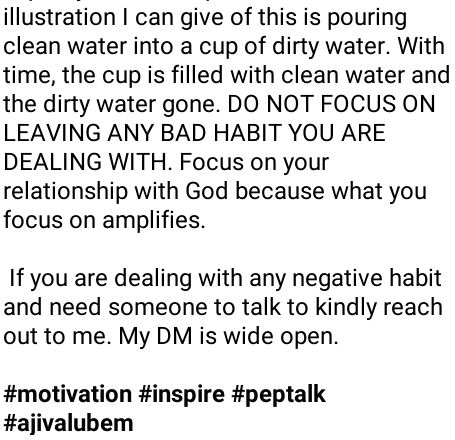