A young man has had his life cut short after being electrocuted while reconnecting light in Benue. 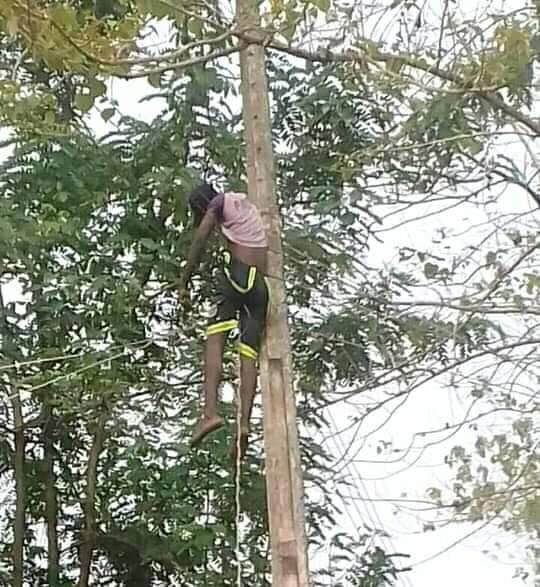 Humble Paul
A Nigerian man, Humble Paul, 26 has died while trying to reconnect electric cables in Benue state.
Paul was electrocuted to death in Okpokwu Local Government Area of Benue State while reconnecting electric cables disconnected by power officials over non payment of bill.
The incident occurred Sunday evening, March 28, at Ede Ai-agbenu community in Okpoga when some persons contacted the deceased to reconnect their wires for a pastry sum of N400.
According to a resident of Ai-agbenu village, power was restored while Paul was carrying out his duty on the top of the electric pole with his body resting on the wires. He was electrocuted and died instantly.
It was gathered that the electrician had climbed the electric pole without hand gloves or any protective jackets.
Top Stories