No Going Back On Call For Yoruba Nation — Gani Adams


Gani Adams, in an interview with BBC Yoruba, also said the Oduduwa Republic is not negotiable because he also wants its creation. 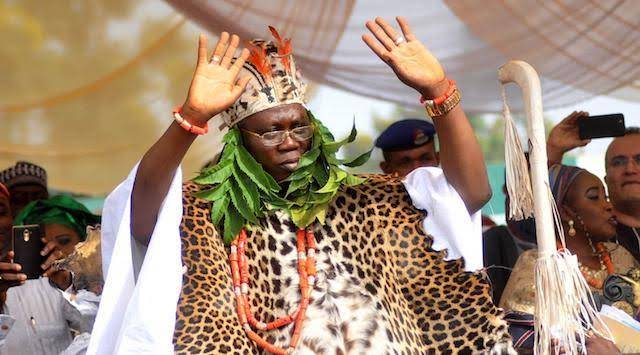 Iba Gani Adams, the Aare Ona Kakanfo of Yorubaland, has thrown his weight behind Yoruba activists calling for the establishment of Oduduwa Republic.

Gani Adams, in an interview with BBC Yoruba, also said the Oduduwa Republic is not negotiable because he also wants its creation.

“Whatever they want is what I also want. But we are supposed to ask where our kings, leaders and politicians are going because I also want the Oduduwa nation,” Gani Adams said.

“There are many activists around the world who say they want the Oduduwa Republic. Never will I be the enemy of the Yorubas, and we do our virtual meetings and it is obvious that our people want the independence of the Oduduwa nation.”

“It is the fault of security chiefs who have failed in their responsibilities to protect citizens, that is why people are agitating for the creation of Oduduwa nation but if the security forces join hands together with the citizens, we will be assured of strong security.”

He said although insecurity problems affect all the states in the country, it has been worse in some regions in the past six months.

Gani Adams said he has started working together with different groups and there are plans to protect the people of the South-West region against kidnappers and bandits.

According to him, the meeting has started yielding good results.

“We have written letters to all the Obas in Yorubaland, and I signed the letters alongside members of the Oodua Peoples Congress and security guards to report any issue of insecurity,” he said.

He said the security threat in Nigeria is very pronounced for all to see, adding that security operatives in Nigeria should be asked if they are ready to protect Nigerians.