Family Of Five Left Homeless As Lagos Landlord Seizes Property, Locks Them Out For Owing Rent


Also, efforts by the Nigeria Police Force, to wade into the matter was fruitless as the landlord did not honour their invite. 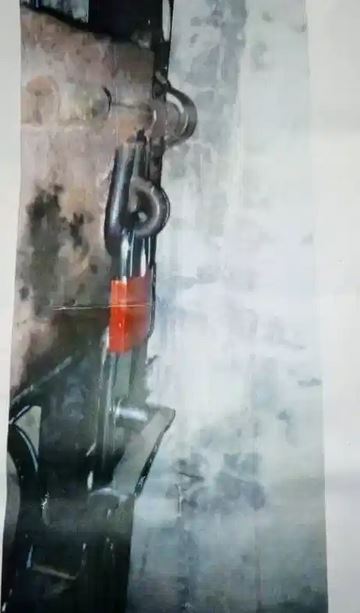 The Olalekan Baloguns of European Quarters, Meiran area of Lagos, a family of five has been rendered homeless, Vanguard reports.

They were rendered homeless after their landlord allegedly seized their belongings and locked them out of their room and parlour apartment since Thursday, March 25, 2021.

Also, efforts by the Nigeria Police Force, to wade into the matter was fruitless as the landlord did not honour their invite.

It was gathered that the family with three children ages 16, 9 and 7 are currently stranded as they have no access to their belongings at their rented apartment located at 10, Powerline, European Quarters, Meiran area of Lagos.

Vanguard gathered that the family rented the apartment in 2018 after effecting annual rent into a bank account unfortunately, they could not renew it before the outbreak of Covid-19 Pandemic and in January 2021, the landlord issued quit notices which lapsed a month after and their belongings were allegedly seized and they were locked out since March 25.

According to neighbours, five tenants were occupying the building but two had parked out before the quit notices were issued remaining three including a pregnant woman but two others were able to hang their belongings or put them up for sale while the Balogun’s, could not meet up before the arrival of their America -a based landlord who allegedly seized their belongings.

Vanguard ran into Olalekan Balogun in an uncompleted building and he has this to say, ” I have a cloth on me for days because my landlord denied us access into our belongings. I could not meet up with payment of rent due to the Covid-19 Pandemic which adversely affected my small scale business. Nigerians should help me talk to my landlord because I have nobody. Please come to my rescue, I’m still sleeping around without my family only cloth on our body please help us,” said the tenant.

Balogun said he reported the matter at Meiran Police Station followed by a petition to the Lagos State Commissioner of Police for quick intervention, yet the landlord did not honour the invite.

When Vanguard contacted the landlord Mr. Edwin Odigie on phone, he said, “I don’t know him except produces the proof of payment. I am an American citizen who has all it takes to deal with the pauper and won’t hesitate to get him arrested,” he said.

Vanguard gathered that the landlord was planning to convert the storey building to a hotel hence the short quit notices issued to the tenants.

Contacted, Lagos State Police Public Relations Officer, CSP Muyiwa Adejobi said the case will be handled professionally saying, “The DPO Meiran has been asked to do the needful. I have even involved the Area Commander Area P, ACP Adepoju to look into the matter. It will be professionally handled,” he said.