An upcoming musician has cashed out by copying the music of star musician, Wizkid. 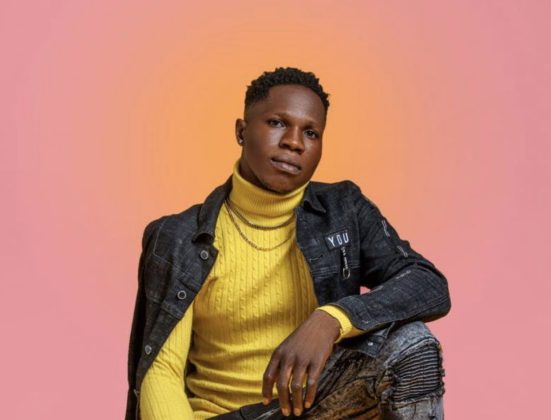 Wisekid
An up and coming Nigerian musician has been exposed for making millions while copying musician, Wizkid.
The musician even made his name seem almost like that of Wizkid.
The artiste who goes by the name, Wisekid reportedly made N30 million monthly since October 2020 by copying Wizkid’s Made in Lagos album on Apple Music and Amazon.
The musician released an album and named it Lasgidi Made, but uploaded Wizkid’s Made In Lagos album with rearranged tracklist and another title to deceive streaming platforms’ algorithms.
He also cloned and uploaded Wizkid’s Made in Lagos album on shazam and tidal.
The album which has gone on to amass a total of 9.3 million streams translating to a profit of over 20 million naira was brought to the notice of the public when fans shared screenshots of their Apple Music replay.
Wisekid since October earns $73,170 (N30 million) monthly, a huge chunk of Wizkid’s streams.
Fans noticed a certain Wisekid a relatively unpopular artiste, doing numbers close to that of Wizkid after he tweeted the streams.
The artiste has now deactivated his Twitter account and has just changed his Instagram handle to Ayaboyofficial from “wisekidaya”, a copycat of “wizkidayo”. 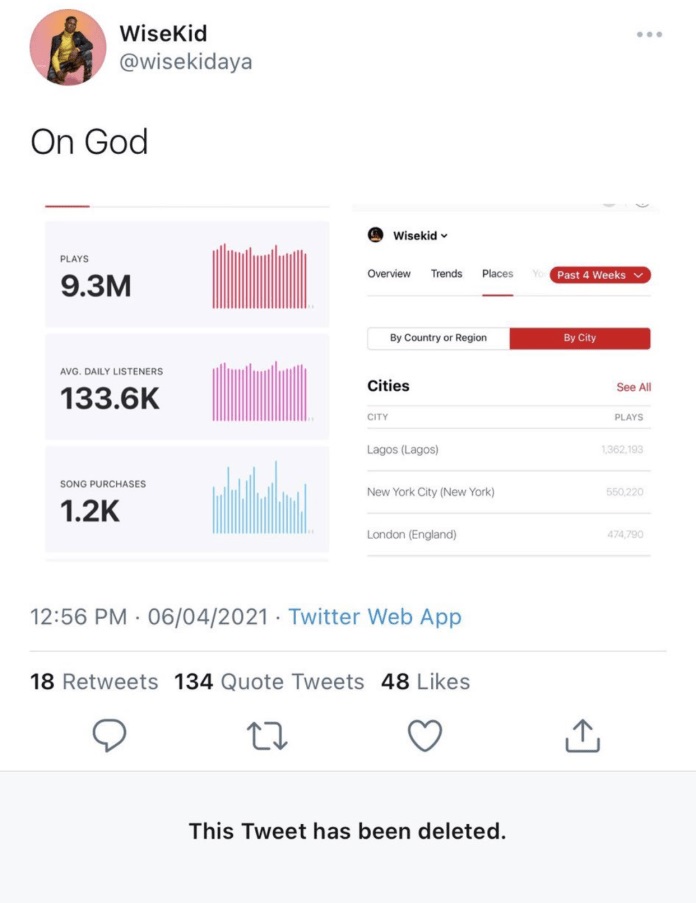 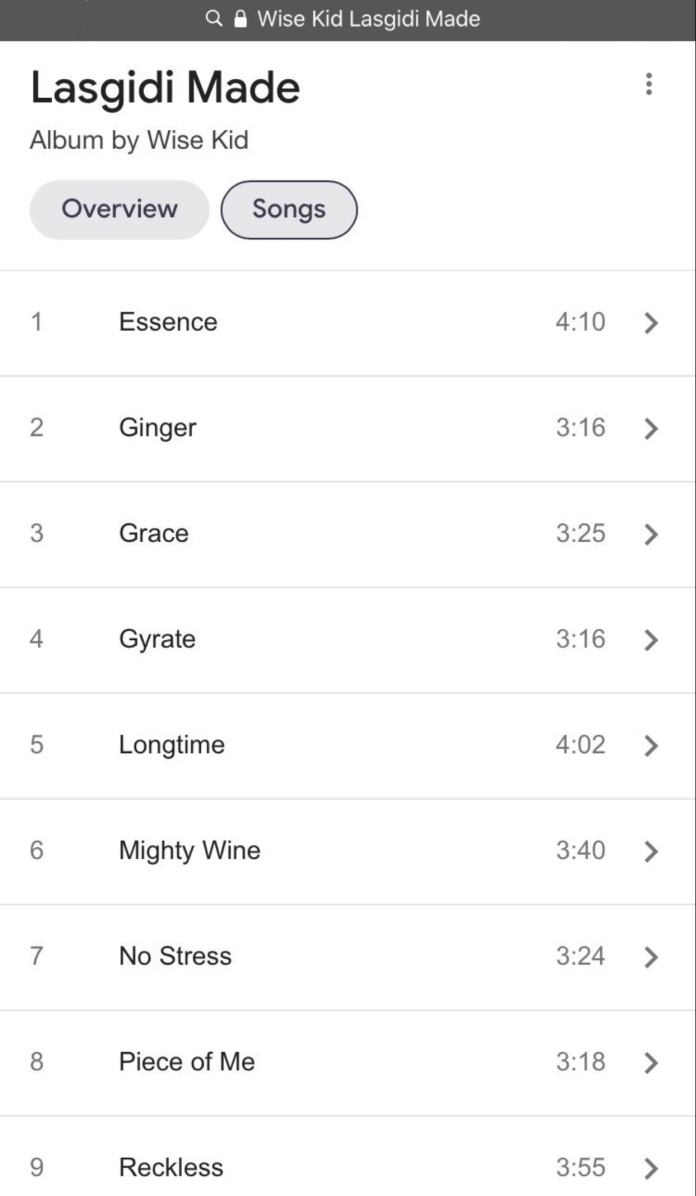