The body of a Nigerian student who went missing in the UK has been found in the forest. 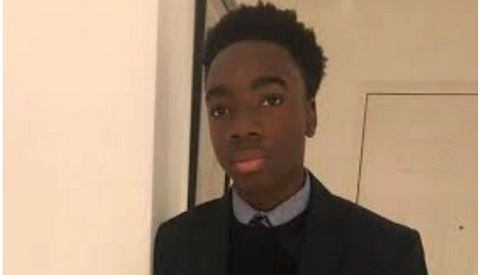 Okorogheye
Police in the United Kingdom has found the body of Richard Okorogheye.
The police stated this in a statement on Wednesday titled, ‘Body found in Epping Forest formally identified as 19-year-old Richard Okorogheye’.
The 19-year-old’s death is being treated as “unexplained”, the Metropolitan Police said, and officers do not believe, at this stage, there was any third-party involvement.
Okorogheye had sickle cell disease and was said to be struggling with shielding during the pandemic. He left his family home in the Ladbroke Grove area of west London on the evening of March 22, boarded a bus, and later took a 20-mile taxi ride from the W2 area of the capital to a residential street in Loughton, Essex.
The police in the statement said the deceased’s body was found in a lake in Epping Forest on Monday.
“Formal identification has now taken place and the body has been confirmed as that of 19-year-old Richard Okorogheye.
“Richard went missing from his home in Ladbroke Grove on Monday, 22 March. He was reported missing on Wednesday, 24 March.
“His next of kin have been informed and are being supported by specialist officers.
“Richard’s death is being treated as unexplained and police do not believe, at this stage, that there was any third-party involvement. A forensic post mortem took place on Wednesday, 7 April. The cause of death is pending whilst further investigations are carried out, however it found no evidence of physical trauma or assault.
“The investigation into the circumstances of Richard’s death is ongoing.
“Specialist search teams remain in parts of Epping Forest, Loughton as they continue to carry out further searches as part of the investigation,” the police said.
Top Stories