The Nigerian military has been accused of killing innocent Igbos and labeling them as unknown gunmen. 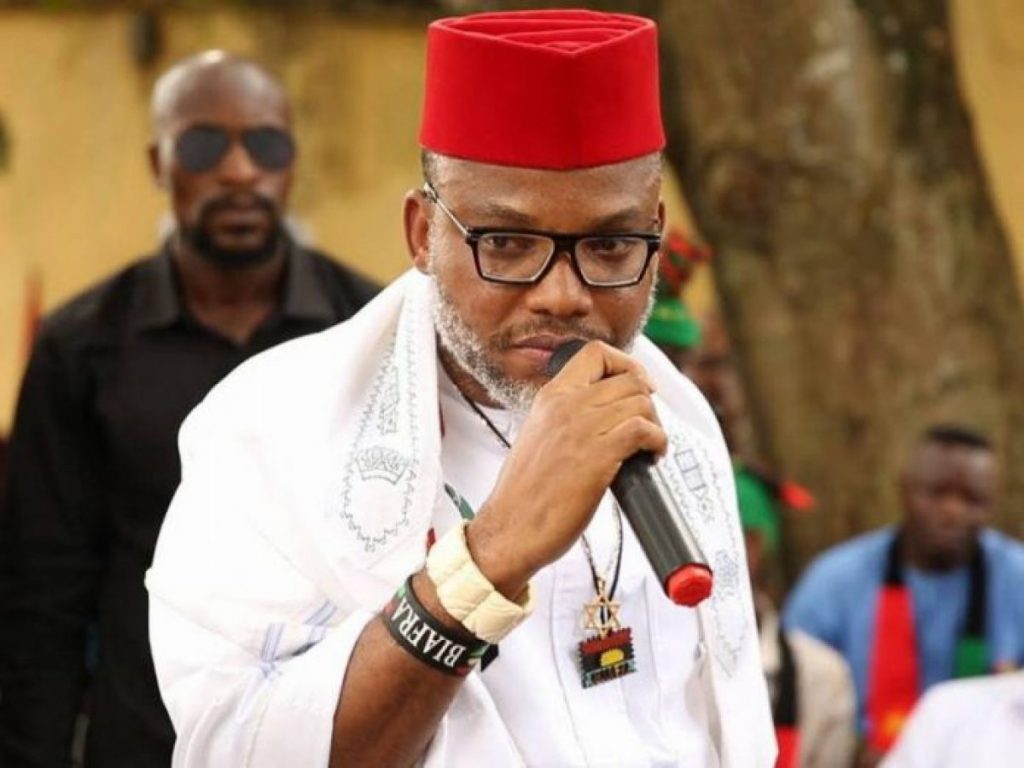 Indigenous People of Biafra leader, Nnamdi Kanu
The leader of the Indigenous People of Biafra, Nnamdi Kanu has accused the Nigerina military of secretly bombing and killing Igbos in Akwa Ibom and neighbouring states.
Kanu claimed that the military was killing Igbo people and labelling them as unknown gunmen.
He alleged that the military was using their aircraft to bomb people of Essien in Akwa Ibom State and some other communities in Benue State.
Kanu spoke through the spokesman of IPOB, Emma Powerful, in a statement issued on Friday.
The statement reads: “We, the Indigenous People of Biafra (IPOB) ably led by our great leader, Mazi Nnamdi Kanu, wish to bring to the attention of the world how Nigeria government and her security operatives are massacring innocent Biafrans in Essien Udim Local Government Area in Akwa Ibom State and some communities in Benue State.
“The Nigerian military has been killing these innocent and hapless citizens, claiming they are the unknown gunmen behind the spate of attacks against security formations in these regions.
“The Nigeria military has been using their aircraft to bomb the people of Essien as well as Benue people, claiming they are fighting the unknown gunmen purportedly hiding in the areas. This has again exposed the hypocrisy of the Fulani controlled Nigeria military. They cannot use their aircraft against terrorists and bandits daily killing their soldiers as well as civilians like flies but zealous to bomb Biafran territories under the guise of searching for unknown gunmen.
“In February, it was Orlu in Imo State that they massacred civilians using their aircraft. Now it’s Essien Udim in Akwa Ibom and Benue States. But an Islamic cleric has been dinning and winning with terrorists, taking pictures with them, yet the double-faced Nigerian military cannot use its aircraft to trace their locations.
“How can a responsible military use helicopter gunboats and military jets against ordinary citizens? Boko Haram and other Fulani terrorists group have been killing soldiers and police in the North East and North West without soldiers terrorizing innocent civilians.”
Top Stories