Chief of Army Staff, Lt.-Gen. Ibrahim Attahiru has finally appeared before the House of Representatives. 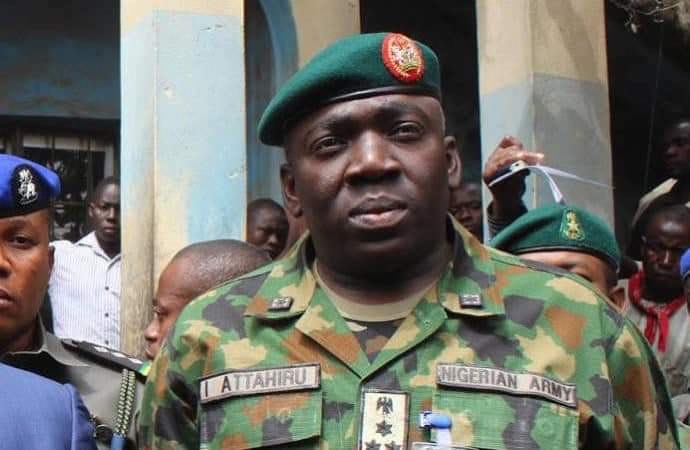 Chief of Army Staff, Lt.-Gen. Ibrahim Attahiru
The House of Representatives has questioned Nigeria's Chief of Army Staff, Lt.-Gen. Ibrahim Attahiru concerning purchase of weapons.
This comes after he appeared before the House of Representatives’ Ad Hoc Committee on the Need to Review the Purchase, Use and Control of Arms, Ammunition and Related Hardware by Military, Paramilitary and Other Law Enforcement Agencies on Monday.
The committee had no less than two times invited Attahiru and Governor of the Central Bank of Nigeria, Godwin Emefiele, to answer questions on the procurement of arms and ammunition.
On Friday, the committee, after a long wait, postponed the investigative hearing till Monday.
Earlier on March 22, 2021, the committee had, after the failure by the CBN governor and the COAS to appear before it, summoned them to appear before on April 7, 2021.
Details later…
Top Stories