He said he had only moved into his house last December after building the house with over N10 million, part of funds he garnered during his 21 years in service. 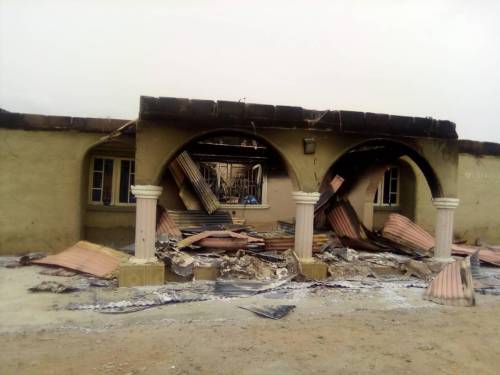 Aliu Ganiyu Olanrewaju, a former military instructor, has lost his house to a land dispute between Share in Ifelodun and Tsaragi, Edu Local Government Areas of Kwara State, SaharaReporters reports.

The ex-military man, who spoke with SaharaReporters, said some hoodlums who decided to escalate the land dispute, razed about eight to thirteen houses, including his own house which he has built for years.

He said he had only moved into his house last December after building the house with over N10 million, part of funds he garnered during his 21 years in service. 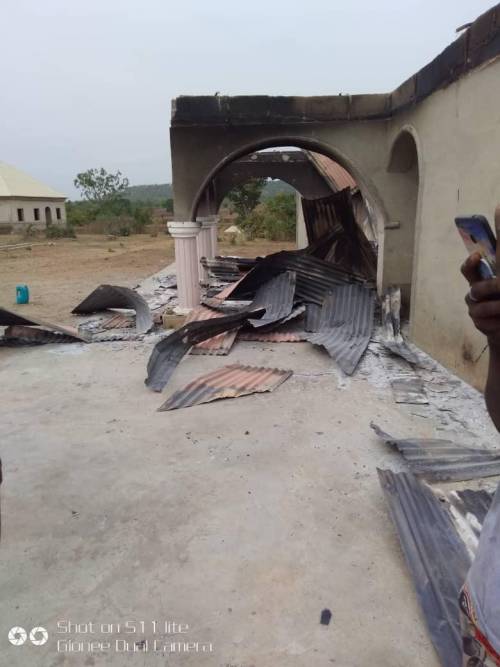 He said, “On Thursday, 8th of April, hoodlums razed my house. There's a land dispute between Share town in Ifelodun Local Government of Kwara State and we have some Nupe people living very close to us, so there was a misunderstanding on a piece of land.

“As a result of that, some hoodlums started carrying guns and as at that time, I was not at home because I had already gone to the town. The next news I heard was that they had started burning houses.

“Around my area, the hoodlums burnt about 8 to 13 houses and mine was one of them. It was later on, I learnt my son posted it on social media. 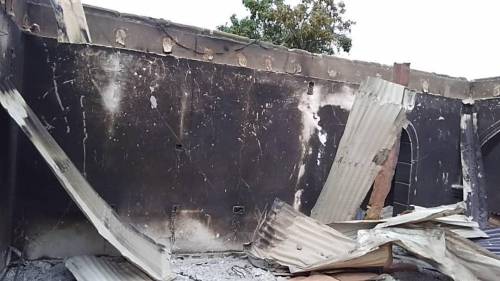 “I spent 21 years with the Nigerian Army, in fact, I just moved home. I moved to the village last September and completed the house around December 28. I retired in 2005, and have been building the house over the years.

“The only thing we have seen so far is that soldiers and civil defence officials were deployed to the area with some policemen to bring calm.

“The Nigerian Army pays my gratuity and pension. If it was when I was in service, probably the Army would have done something but now that I'm out, I don't think any help can come from there.

One of his sons, who had made a post on social media said his father is hypertensive while soliciting the support of Nigerians and the government so the necessary reparation can be made to the house. 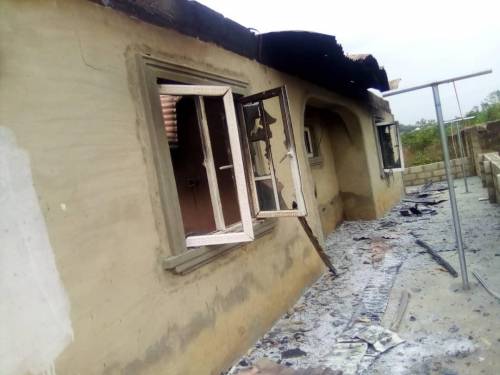 He wrote, “He is really down right now, he has a medical history of high blood pressure that he has been managing it for a very long time. We have been trying to encourage and support him so this doesn't take his life. We are soliciting for government's support.

“My dad has just lost everything he worked for. Thursday, 8th day of April 2021, It came to my notice that everything my father had worked for, everything he has suffered to put together after over 20 years of serving the country as a soldier, vanished before his very own eyes. Right now, the old man feels empty.

“My dad moved into his recently completed house project. The project valued at about N10 million was his major physical achievement and a product of the hard work and diligent service he put in for the country as a military man.

“His joy was short-lived as some hoodlums burnt down the house to ashes on Thursday. The unfortunate incident happened due to the old communal issues between my town (Share in Ifelodun LG of Kwara state) and the neighbouring town (Tsaragi, Edu LG of Kwara state) who are Nupe people. The communal issue dates back to the '90s which was based on land ownership between the two towns, and each time there is a clash, lives are lost and properties worth millions of naira were destroyed. 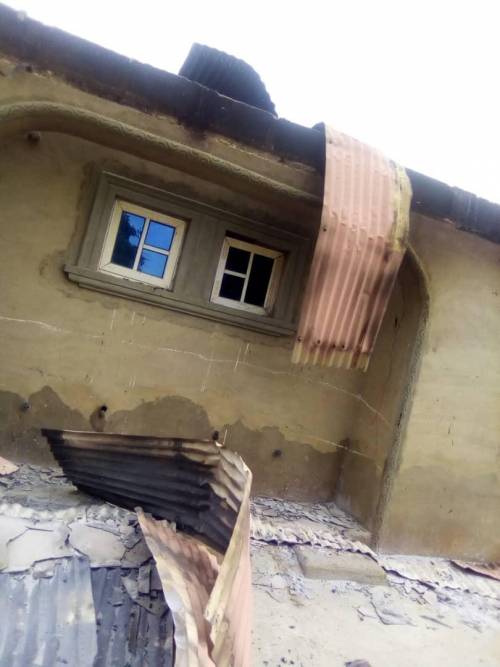 “The inferno did a great damage to the house. Clothes, furniture and other valuables were reduced to ashes. The hoodlums came with guns and other weapons, so they couldn't be stopped. When the flames stopped, the house was found to be badly damaged. All the wooden materials were gone. The sitting room, the rooms and the store were badly damaged. In a nutshell, everything was razed down.

“My family is now a victim of a senseless crisis. Our only property has been destroyed by hoodlums. It was like a nightmare for us. Since the incident occurred, we have cried our eyes out. Sadly, this is a calamity we may not survive if we don't get any help.

“This has brought so much pain to my entire family. I can’t imagine that our house was set ablaze in the twinkle of an eye. This is so sad. How is this ever going to be replaced?

“Please kindly help us share this with anyone who can help, in respect to prayers and financial support. The Kwara State government should also come to our aid. His account number is 1002969931-UBA Aliu Ganiyu Olanrewaju.”