A white police officer has tendered her resignation after shooting a black man during a traffic stop. 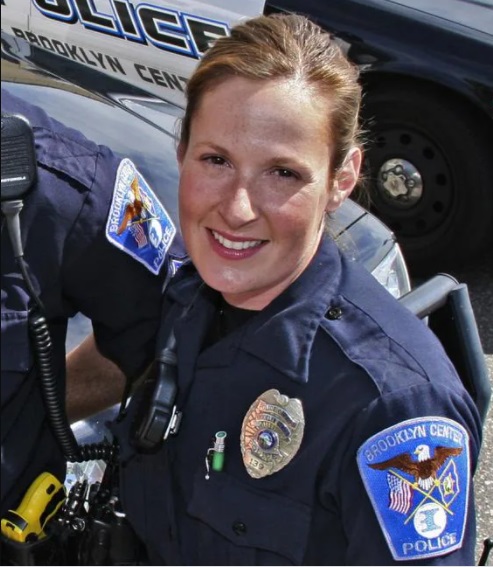 Kim Potter
Following the shooting and killing of a black man, Daunte Wright, the police officer who fired the bullet has tendered her resignation.
Kim Potter, the white Minnesota police officer shot and killed Daunte Wright on Sunday April 11.
She has resigned from the Police Department, her union said in a statement on Tuesday, April 13.
The city’s police chief, Tim Gannon, also announced that he was also resigning.
In a letter that Ms. Potter sent to city officials on Tuesday, she said she was resigning immediately, the union said.
“I have loved every minute of being a police officer and serving this community to the best of my ability, but I believe it is in the best interest of the community, the department, and my fellow officers if I resign immediately,” she wrote.
Ms. Potter, 48, had been an officer with the Brooklyn Center Police Department for 26 years. She was first licensed as a police officer in Minnesota in 1995, and graduated from Saint Mary’s College in Winona, Minn., in 1994 with a criminal justice major, school officials said.
Daunte Wright, a 20-year-old Black man, was fatally shot by officer Kim Potter on Sunday afternoon, April 11 during a traffic stop in the Minneapolis suburb of Brooklyn Center, after officer Potter said she mistook her taser for a gun and fired at him. He died about 10 miles from where George Floyd, another black man was killed by a Minneapolis police officer last year.
At a press conference, Brooklyn Center’s police chief Tim Gannon said three officers stopped Wright and a passenger in a car with expired license-plate tags on Sunday night.
After running Wright’s identification, officers found an outstanding warrant for an unspecified gross misdemeanor. One officer removed Wright from the car to take him into custody.
Body-camera footage showed Wright stepping out of the driver’s side of the vehicle, with his arms and hands held behind his back. As an officer attempts to handcuffs Wright, he broke free and jumped into the driver’s seat.
Another officer, wearing the body camera whose footage was released, pointed a weapon at Wright during a struggle with another officer, and yelled, “Taser! Taser! Taser!” officer Potter then fired a single shot, which was not from a Taser but from a firearm. “Holy shit, I just shot him!” the officer yelled as Wright drove away in the car.
He drove some distance before he struck another vehicle. When officers caught up to him they administered first aid, officials said, but Wright died of his injuries.
According to Wright's mother, who had spoken to her son before the shooting, he was pulled over for having an air freshener hanging from his rearview mirror, which is illegal in Minnesota.
Following the news of his death, hundreds of people gathered to protest, and after a night of unrest, including looting, the National Guard was called in and a curfew was declared.
President Biden has called for any protests against Wright's shooting to remain "peaceful."
"There is absolutely no justification, none, for looting, no justification for violence. Peaceful protests, understandable, and the fact is that, you know, we do know that the anger, pain, and trauma that exists in the Black community in that environment is real, it's serious and it's consequential. But it will not justify violence and/or looting," he said.
"And we should listen to Daunte's mom, who is calling for peace and calm," he said.
Top Stories