A Nigerian businessman has received N67.5 million from the EFCC after it was recovered from fraudsters who duped him. 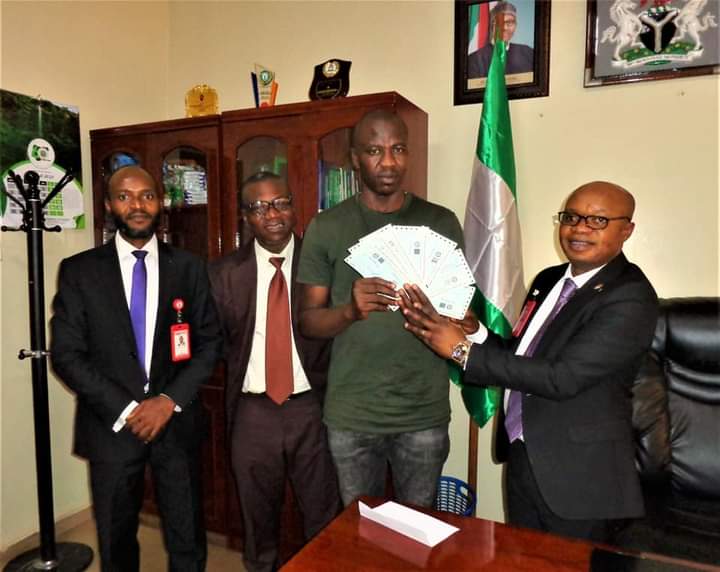 EFCC gives Onitsha businessman N67.5 million recovered from fraudsters
An Onitsha-based trader, Mr. Emmanuel Onyekachukwu Onah has received N67,523,000 (Sixty-seven Million, Five Hundred and Twenty Three Thousand Naira) from the Economic and Financial Crimes Commission.
Onah received the money yesterday, April 15, 2021 after it was recovered from fraudsters.
Onah’s ordeal started sometime in 2019 when he transferred the sum of N75, 760,540.00 (Seventy-Five Million, Seven Hundred and Sixty Thousand, Five Hundred and Forty Naira), to the duo of Tega Esinone and Obiajulu Umeagukwu for onward transmission to his business partner, Crecedor Industrial Co. Ltd in Hong Kong.
The suspects converted the money to their own use. After efforts to recover his money from the suspects failed, Onah petitioned the EFCC.
The Commission in the course of investigating the scam, initiated a non-conviction based forfeiture process which culminated in a December 1, 2020 ruling by Justice I.N Buba of the Federal High Court, Enugu ordering the forfeiture of the sum of N67, 522,831.55(Sixty Seven Million, Five Hundred and Twenty Two Thousand, Eight Hundred and Thirty-one Naira Fifty-five kobo) in a new generation bank account belonging to Tega Esinone to the victim.
Presenting the cheques to the victim today, Oshodi Johnson, Head of the Enugu Office said the gesture demonstrates the Commission stance on justice for all. “EFCC is for everybody and all that the EFCC stands for is justice. We will continue to work within its mandate to ensure that Nigeria becomes a nation that is corrupt free. We will not rest until this is achieved.”
He warned fraudsters of the Commission’s readiness to fish them out anywhere they are, saying that it would be better they repent from their nefarious activities because it was only a matter of time before the long arms of law catches up with them.
In his remarks after receiving the cheques, Mr Onah expressed gratitude to the Commission for helping to recover his money. “Honestly, I am so overjoyed because today is a day of smile. I came to you people in tears but today my heart is full of joy and my face is full of smiles. I am now a living testimony that the EFCC works and they can bring justice even to the common man, ’he said. 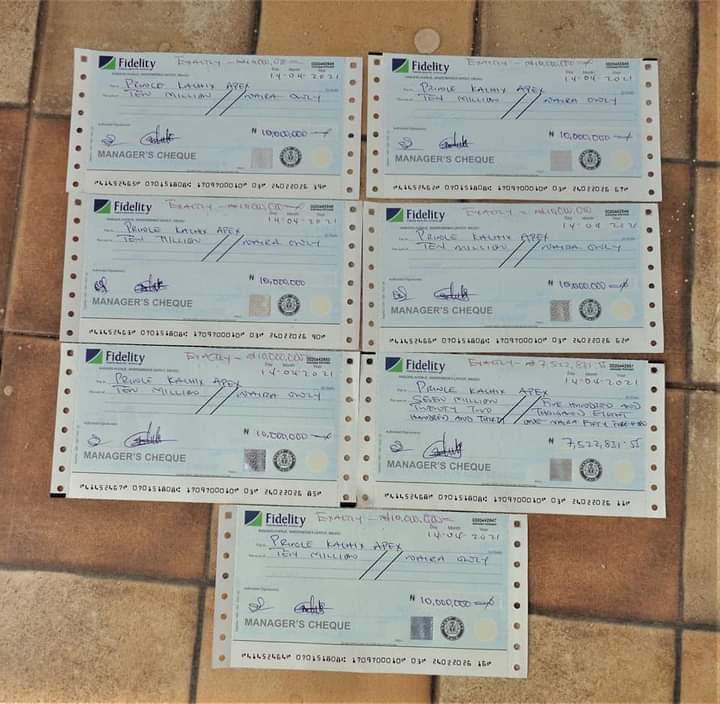