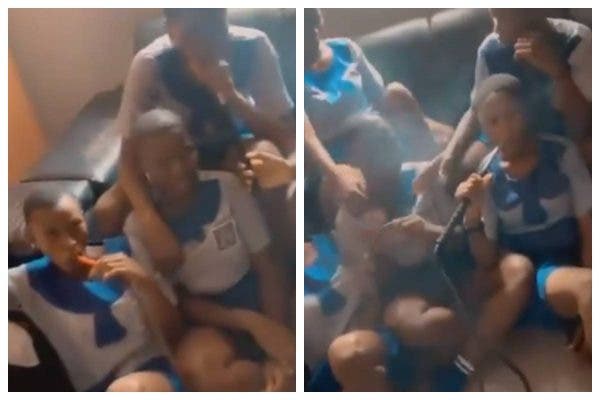 Schoolgirls smoking shisha
A video showing young schoolgirls smoking shisha has left social media users in total shock.
The video of the girls has generated mixed reactions online.
In a shocking video, young girls looked happy as they passed the shisha among each other.
Shisha smoking, also called narghile, water pipe, hookah or hubble bubble smoking, originates from the Middle East and certain areas of Asia, but has recently become more popular globally especially with young people. It is a way of smoking tobacco through a bowl with a hose or tube joined on.
Watch the video below;