Ohanaeze Ndigbo, the apex Igbo socio-political group has opened up on moves to make sure a south-easterner emerges president in 2023. 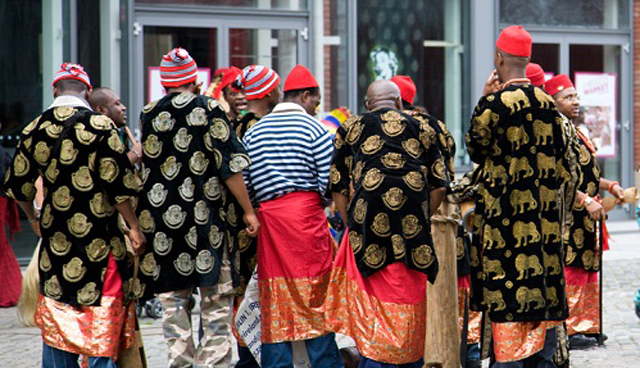 Igbos
Professor George Obiozor, the President-General of the Igbo socio-political organisation, Ohanaeze Ndigbo has spoken on plans to make sure an Igbo man or woman emerges President in 2023.
Obiozor said Igbos would negotiate with other regions to allow an Igbo presidency in 2023.
He spoke while appearing on Arise Television.
Obiozor said: “We support Igbo president with open arms. It is the most important thing that will happen to Igbos. Finally, it is our turn. And we are going to work it so hard.
“We will talk to other parts of Nigeria to give us a chance. Because it is right, reasonable, deserving and timely. It is wonderful to consider it done by this time. Igbo presidency is our agenda.”
Recall that Suleiman Ukandu, a chieftain of the Peoples Democratic Party, PDP, had urged the Southeast to partner with other regions in the push for 2023 presidency.
Ukandu, who is the immediate past Commissioner of Lands and Survey in Abia State, said Igbos must go beyond ethnicity and convince other regions that they can ensure national integration, if given the opportunity.
Top Stories