The suspect was arrested by operatives attached to Kafin-koro for raping two minors and engaging in gross indecency with two other minors. 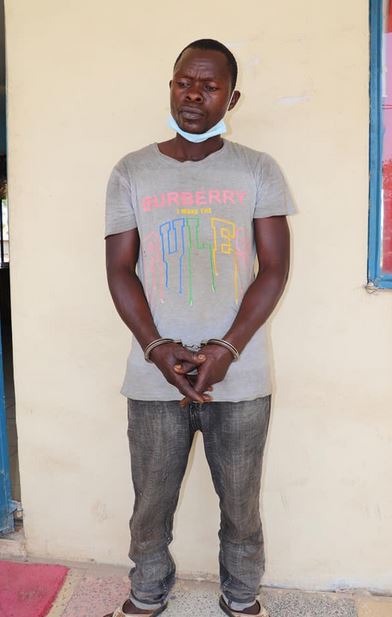 A 40-year-old father of four identified as Festus Okeke has been arrested by the Niger State Police Command for allegedly having carnal knowledge of minors ages 10 to 13 years in Paikoro local government Area of the state.

Spokesperson of the command, DSP Wasiu Abiodun, who disclosed this in a statement on Tuesday, April 21, said that the suspect was arrested by operatives attached to Kafin-koro for raping two minors and engaging in gross indecency with two other minors.

"On 17/04/2021 at about 1100hrs, based on credible intelligence, Police Operatives attached to Kafin-Koro Division arrested one Festus Okeke aged 40yrs ‘m’ of Ishau village via Kafin-Koro, Paikoro LGA," he stated.

"The suspect was arrested for having allegedly lured four girls into his shop at Ishau village during and after Easter celebration and had canal knowledge with two of the girls while he fiddled with private parts of two other girls with his fingers,"

"The victims are between the age ranges of 10yrs to 13yrs, while the suspect mostly lured the girls with an amount of two hundred naira (N200) each and loaves of bread to engage in such act of gross indecency with the victims," DSP Wasiu disclosed.

The spokesperson said records have shown that the same suspect was arrested on October 4, 2019 for same offence with two minors from the same village and was charged to Chief Magistrate Court 1, Minna for prosecution.

"During interrogation, the suspect claimed to have given the girls the loaves of bread and the sum of two hundred naira (N200) for Easter celebration. However, the case is under investigation and the suspect will be charged to court as soon as the investigation is concluded."

Okeke, who was paraded at the police headquarters in Minna, told journalists that it was a mistake and that he regrets his action.