She warned the President, Major General Muhammadu Buhari (retd.), to ensure that Nigeria is not listed among states sponsoring terrorism. 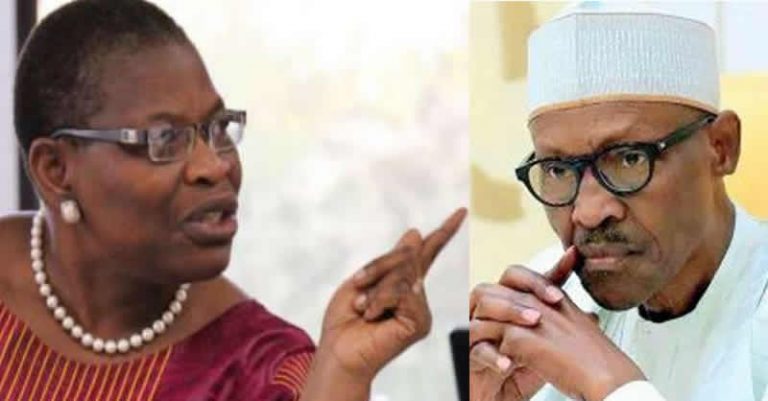 Mrs. Oby Ezekwesili, a former Minister of Education, has faulted the Federal Government’s approach in handling accusations against the Minister of Communications and Digital Economy, Isa Pantami.

She warned President Muhammadu Buhari to ensure that Nigeria is not listed among states sponsoring terrorism.

Pantami has been under fire lately over comments he allegedly made several years ago in support of Al-Qaeda – an extremist group founded by the late Osama bin Laden, the mastermind of the September 11, 2001 attacks in the United States. Bin Laden was killed on May 2, 2011, by the US Navy SEALs inside a private residential compound in Pakistan.

Pantami also made comments in support of Taliban, a Sunni Islamist movement and military organisation in Afghanistan currently waging jihad within the country.

The PUNCH reports that many Nigerians are calling for the removal of Pantami or his resignation over some controversial comments he made in the past in support of global terrorist groups, Al-Qaeda and Taliban.

Though the minister had renounced the controversial comments on the terrorist groups, saying that he was young when he made the radical comments and he is now mature and now knows better, Nigerians reiterated their position that Pantami must resign.

Some Nigerians also called for the prosecution of the minister, insisting that he should be jailed if found guilty.

Despite the public outcry, the Presidency has remained silent on the matter.

Also, the Minister of Information and Culture, Lai Mohammed, on Wednesday, said the Federal Executive Council did not discuss the issue on calls for Pantami’s sacking during its meeting presided over by the President, Major General Muhammadu Buhari (retd.).

Reacting, Ezekwesili tweeted, “The @NigeriaGov @NGRPresident @MBuhari may not realize that the world is following the ugly developments on our country’s Minister of Communication and how his government is handling or in fact ignoring to handle it.

“Nigeria must avoid the list of states that sponsor terrorism.”