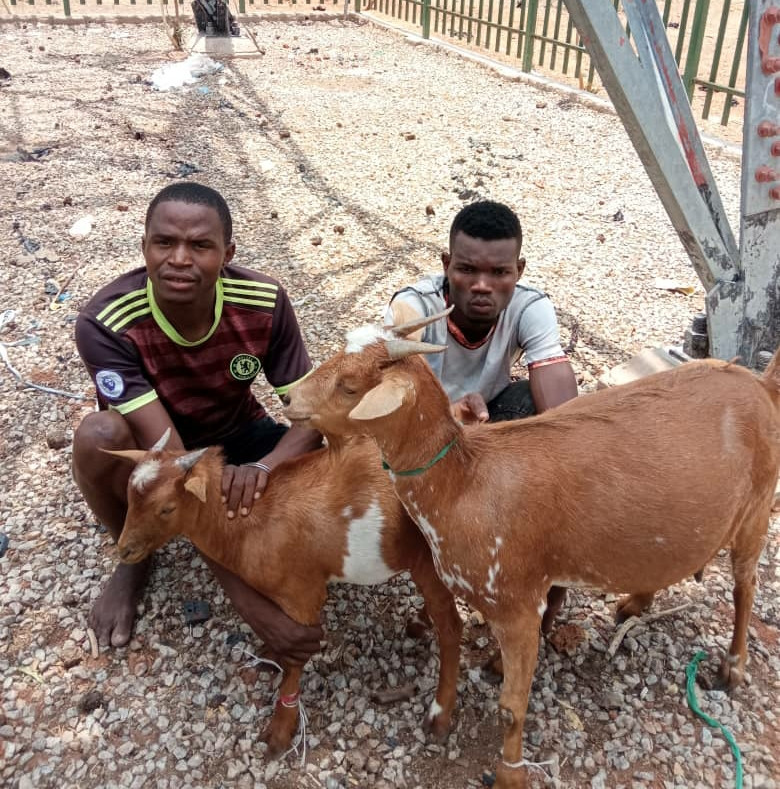 Goat thieves caught in Adamawa
Two suspected goat thieves have escaped death by the whiskers.
The two Shila boys were saved from being burnt alive by an angry mob in Adamawa State by the police.
It was gathered that the two suspects, Abdulrahaman Musa, 26 and Saidu Ibrahim, 27, from Nassarawo ward in Jimeta/Yola, were caught after they allegedly stole two goats in Girei Local Government Area of the state on Wednesday, April 22.
According to an eyewitness, the dreaded Shila boys stormed Girei town on a tricycle and stole the animals.
Residents sighted them and raised alarm. The suspects were trailed and apprehended by the mob near Girei bridge along Yola -Mubi road.
The thieves were beaten and were about to be set ablaze before policemen arrived to salvage the situation. The mob were left with no alternative than to burn the tricycle of the suspects.
Spokesperson of the State Police Command, DSP Suleiman Yahaya Nguroje, who confirmed the incident said that the suspects are in custody and investigation ongoing. 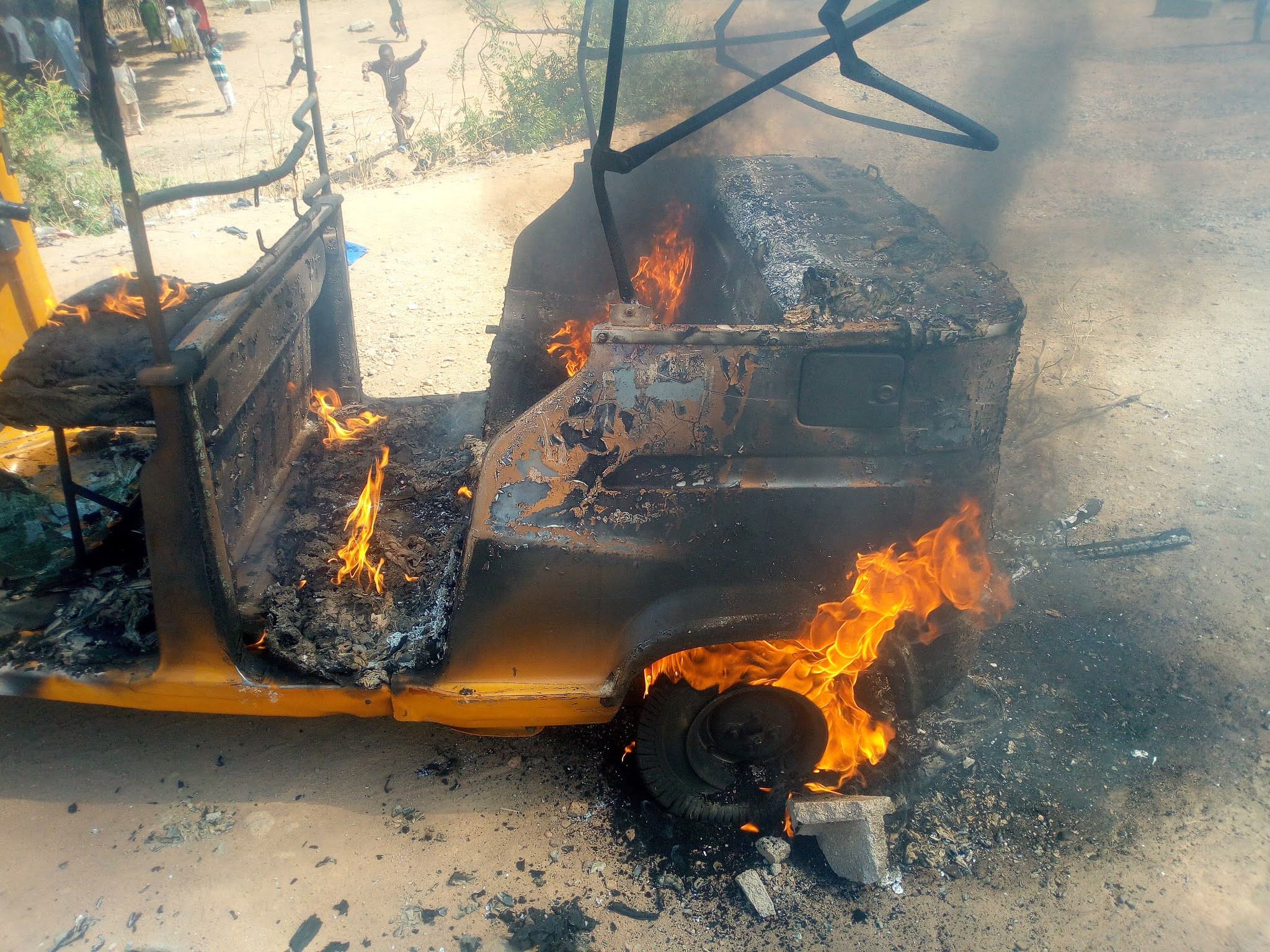