The actress revealed that she does not want to give birth to a child because she’s very protective of her big, pointing b**bs 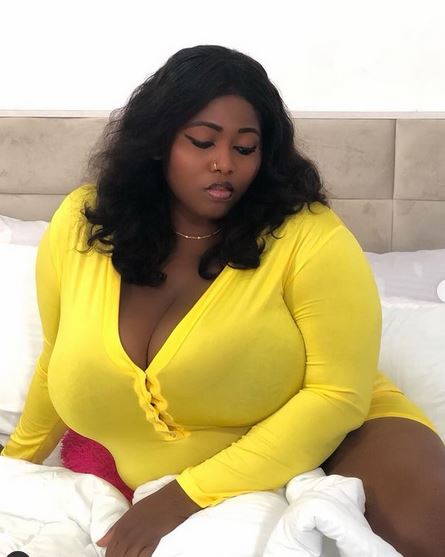 Plus size model and actress, Monalisa Stephen, has revealed why she doesn't  want to give birth.

Sun Online reports that she made the decision because she’s very protective of her big, pointing b**bs and don’t want to have a child that will suck and make them drop.

When asked in a recent interview if she has changed her mind about jealously guarding her br**sts to the extent of not having her own biological children that will feed on them, Monalisa reiterated that it was a personal decision she took while a teenager.

“Yes, I am still standing on my decision not to have my own kids. It was a decision I took when I was 16. I will rather go for adoption than have my own children. In fact, I may dedicate my life work to catering to kids around the world, I hope my future husband will understand and respect my decision,” she said.